Quite a nice introduction to Chiang Mai, Thailand. I didn’t arrive until the afternoon, but was able to fit in a massage, a visit to the Walking Street Market with lots of street food available, and then attend a Muay Thai (kick boxing) event.

Dave and La dropped me off at the Siem Reap Airport and I said goodbye to them and Cambodia. I’ve really enjoyed my time in Cambodia. Good riding, good food, good company and interesting places to visit.

My home for three nights is the Rim Resort in Chiang Mai. A nice comfortable base!

The first task of the day was to get a massage. Not difficult in Chiang Mai, as there are massage shops everywhere!

After buying a ticket for a Muay Thai event that evening, I headed to the Walking Street Sunday Night Market. The first thing that I saw at the edge of the market were food stalls, selling a variety of foods. I wandered around taking photos of some of the food stalls. So much food and so little room in my stomach! Whilst there were more food items that I’d have liked to taste, I only had room for some noodle tubes (similar to spring rolls), a sausage on a stick, and a bowl of Northern Thai Noodle Curry Soup – all delicious.

Here are some photos of the street food. 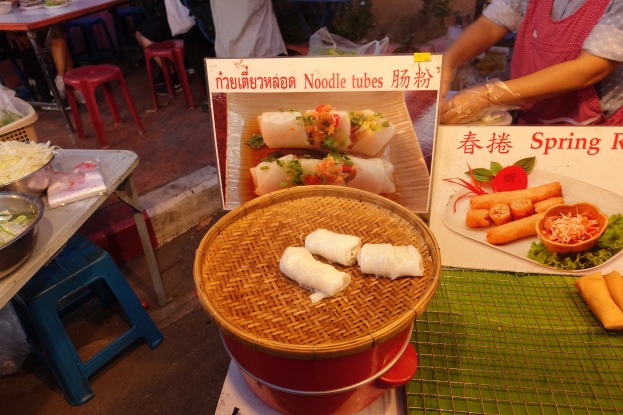 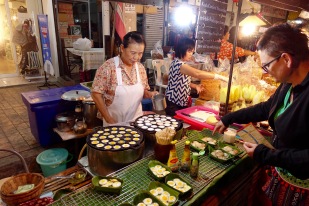 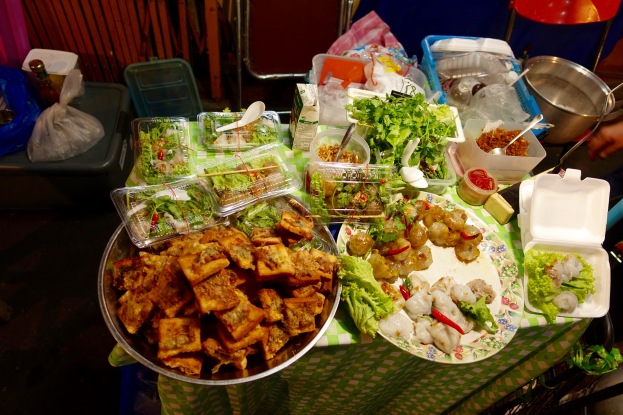 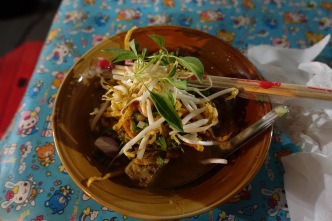 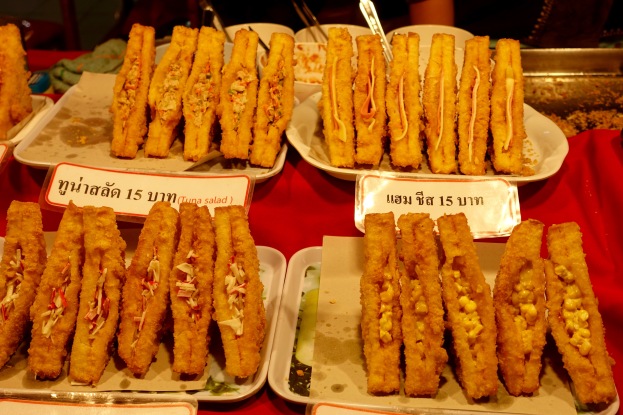 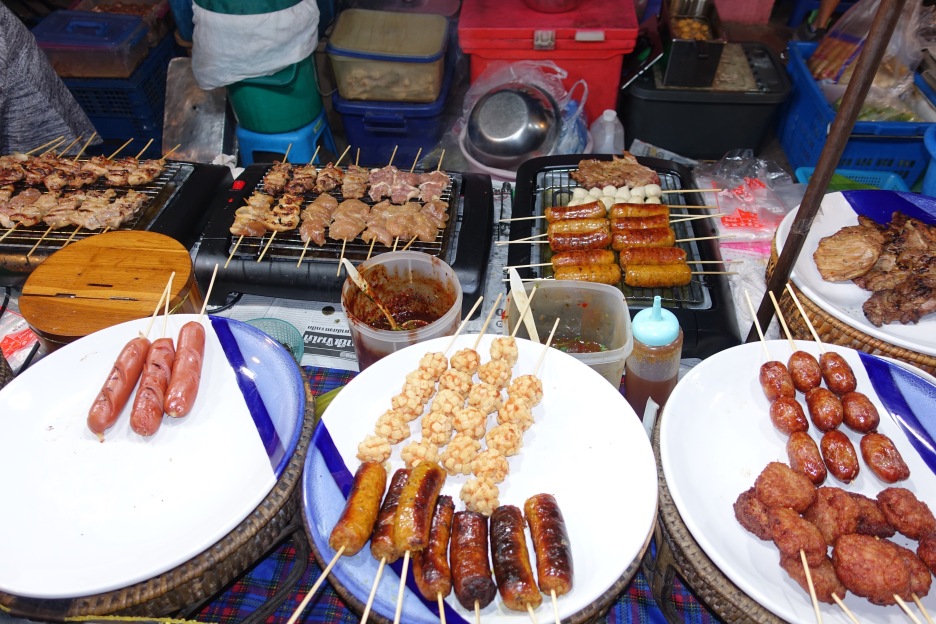 The market stretched over several blocks and at least three different streets. It was very busy and took a while to explore. There were lots of different items on sale. Here is a short video clip of one small part of the market.

And here are some colourful shots that I took at the market. 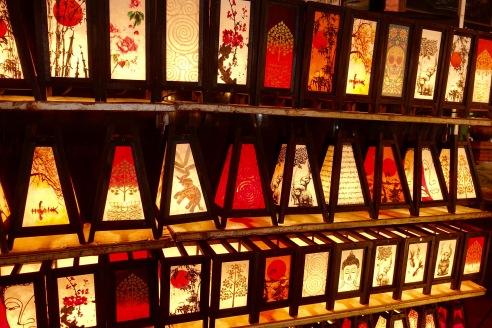 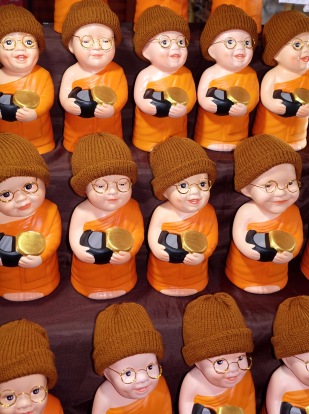 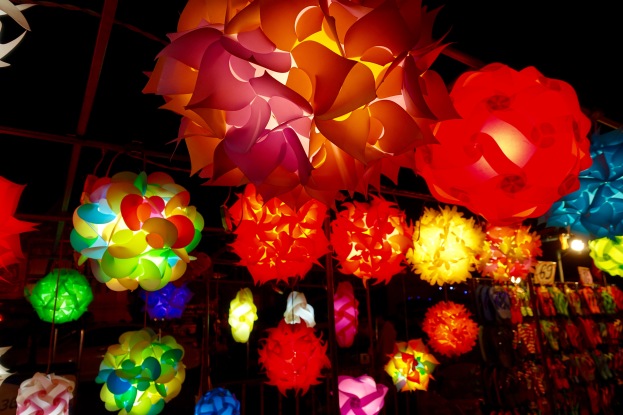 After exploring the market, there was just enough time to stop in at the hotel for a light sweater (it gets cold here in the evenings) and catch a tuk-tuk to the Muay Thai event. 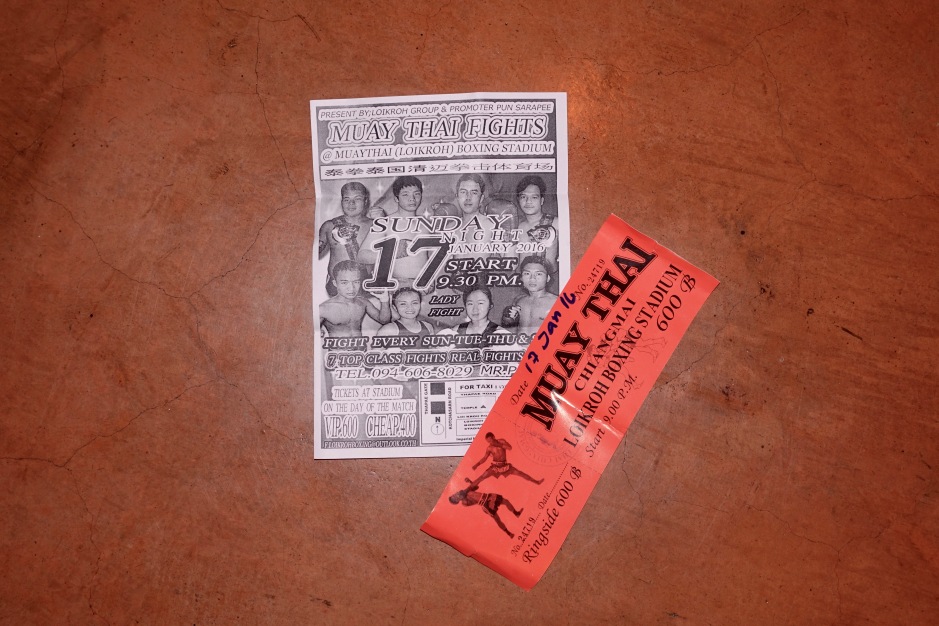 My VIP ticket cost 600 TB (less than $20). Regular tickets cost 400TB. The fight card had seven fights listed with three of them listed as ‘main’ fights. There was also some entertainment scheduled after bout 4.

The first bout was a female fight. It started out very slowly but gradually got better. One of the fighters was clearly better than the other.

There was a third round stoppage in this bout

Video: Half-time entertainment. These three kids were supposedly blindfolded, but one of them appears to be able to see the others in the ring. Still quite funny.

The evening was entertaining but it was clear to me that at least some of the bouts were just sparring sessions. The opponents were even smiling to each other after techniques had been executed, and they appeared to be pulling their punches. The venue is clearly geared to attracting tourists and the bouts are somewhat less than genuine. My observation is supported by this online report.

There are about three guys that move around the audience, trying to get people to bet on the fights. I declined but a group of four young English guys in front of me got suckered in. Each time they bet on one of the corners, the other corner won and they lost their money. I watched the head bookie communicating with the corner-men during the intervals, so I suspect that the fix was in. Whichever corner had the most bets going for it would lose, and the bookies would win. As these ‘fights’ seem to be only training bouts between schools, there is nothing on the line to stand in the way of working with the bookies and rigging the outcome. I took pity on the youngsters after a few fights and tipped them to what I thought was happening. They stopped betting after that

Overall, an enjoyable night but a bit of a tourist-trap and not the real-deal with respect to the fighting.