Day 9 of the Golden Triangle Tour and our second day riding the Mae Hong Son Loop.

We left the Fern Resort at 8.00am with low cloud in the area. Our first ride was supposed to be a climb up the mountain on a narrow winding road to a microwave antenna. However, the low cloud was causing foggy conditions, so it didn’t make sense to climb the  mountain. Instead, we set off along the Mae Hong Son Loop, staying to the lowlands.

We were all set loose by Reed to ride our own pace for the first 50km. The low cloud was leaving a coating of moisture everywhere, including on my visor, which I had to wipe frequently to see where I was going. I eased off my pace compared to yesterday afternoon, and took it easy for the first segment. After 50km, we re-grouped at a coffee shop next to a Japanese Museum in Khun Yuam, had drinks and then visited the museum.

In the Second World War, the Japanese Army retreated to the small town of Khun Yuam after losing a major battle in India. After the war, Japanese military items began to be recovered by locals and the first Japanese museum was created. This latest museum was funded by the Japanese, so the exhibits have a pro-Japanese tilt. 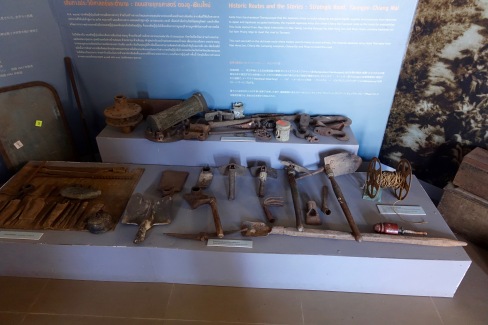 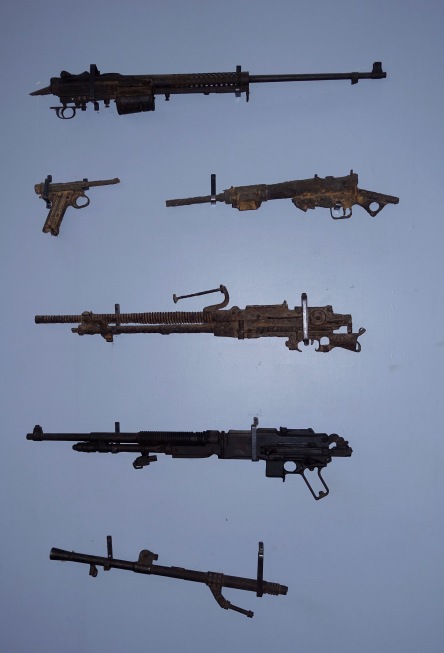 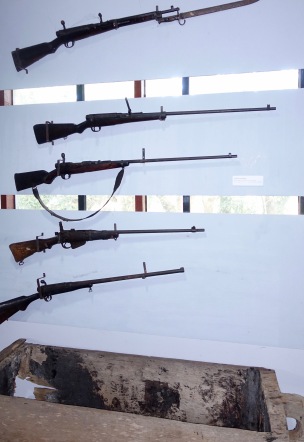 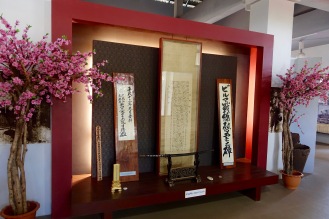 After the museum, we were set loose again, this time for a 60km dash along the Loop to a specified meeting place. By now, the cloud had lifted and the roads were dry. I was able to regain the form I found yesterday and ride at a decent pace that was enjoyable to me, but still not up to the speed of the others on the tour. As Reed put it “You are a very competent rider – but these guys are a level above you.” The Loop provides excellent roads for motorcycling. Lots of curves and, on this stretch, some nice long straights also.

We took a short rest alongside several roadside shops, and then headed off for the final 30km stretch of the day to reach Mae Sariang. Once we reached Mae Sariang, we stopped for lunch. We were there earlier than expected, having cut-out the climb to the microwave tower. But now the sun was out and it was getting warm. The cold snap may finally be behind us. 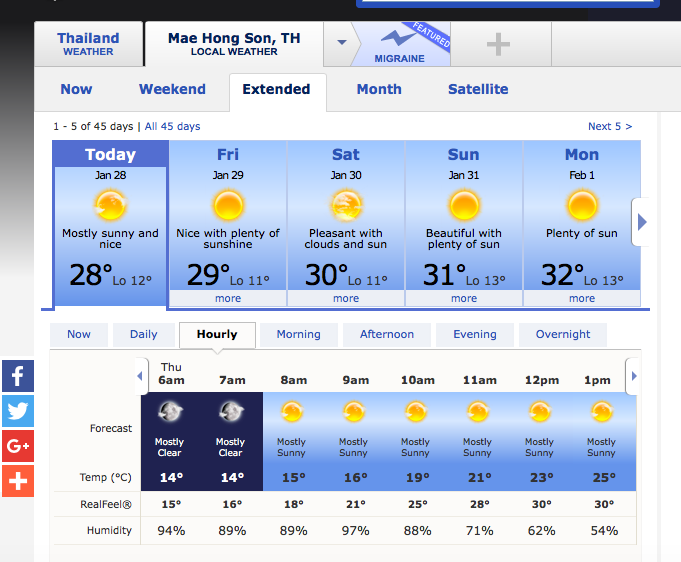 Our hotel was only 2km from the lunch stop, and we were there before 1.30pm, the earliest that we’ve pulled into a hotel on the tour. Some opted for some light riding to see a nearby temple, whilst a couple of us parked the bikes for the day.

True to its name, the Riverbank Resort is on the bank of a small river running through Mae Sariang. The view from the shower was so nice, I decided to take a shower with the curtains open, so that I could enjoy the view. I would have enjoyed the shower more if I could have got the hot water heater to work!

After a walk around the town and a massage at a nearby guest house, I sat out on my porch with a couple of beers to update the blog. Very peaceful and pleasant!

Here is a link to an Asian Motorcycles Adventures video clip showing part of the Mae Hong Son Loop. It isn’t our tour group, but gives you an idea of the roads we have been riding.

Tomorrow is the last day of the tour. We have about 250km of riding left and we’ll be back in Chiang Mai by tomorrow afternoon.