Back in the big city of Bangkok, after a two-hour flight with Bangkok Air from Luang Prabang. I checked into my hotel about 4.00pm and by 5.30pm I was on my way to the Rajadamnern Stadium to see a muay Thai event.

To get to the stadium, I first had to get the Skytrain to the Victory Monument station and then catch a ‘taxi’ from there. There weren’t any standard taxis available, as it was rush hour, but there were plenty of motorbike taxis – basically a guy in an orange vest on a 100cc scooter. I got a price quote and off we went, lane-splitting and getting through the traffic far better than a car could have done.

On arrival at the stadium, I got my ringside ticket for 2,000TBT (about $60) and then had to get something to eat. There are plenty of street vendors set up outside the stadium, so I picked one that I liked and got my dinner for 40TBT (a little over $1). This was where the locals eat – not another farang in sight. 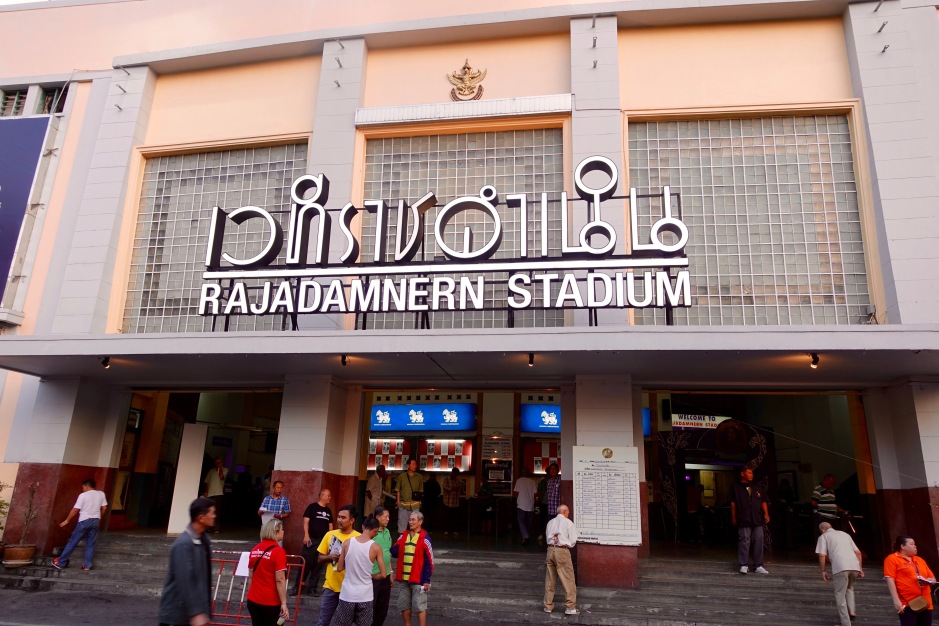 Once I’d eaten, it was inside the stadium for the 6.30pm start. It is a larger stadium than the one I went to in Chiang Mai, and has an open roof.

There were 9 bouts on the card and they were clearly all legitimate fights – not exhibitions disguised as fights like I saw in Chiang Mai. The competitors were all small guys, ranging from 101lbs at the lightest to 126lbs at the heaviest.  The first couple of bouts were competitive but not particularly exciting but things picked up as the night went on. 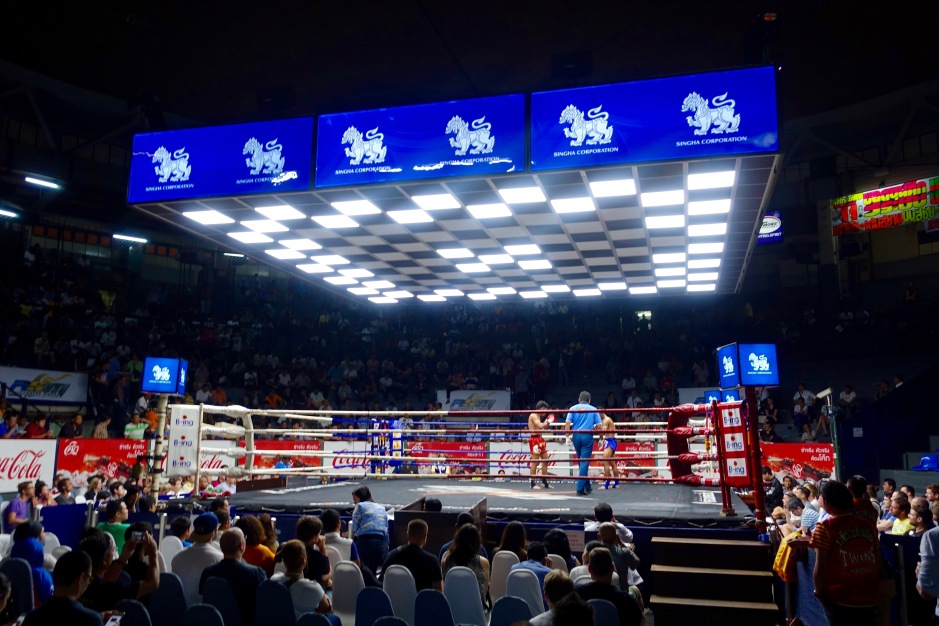 There were knockout stoppages with the loser being carried out on a stretcher in bouts 4, 5 and 7. The seventh bout was billed as the main event between Kong Phet in the red corner and Kula Daeng in the blue corner. It was a good scrap, and the knockout victory can be seen in the following clip.

Tomorrow is my last day/night in Thailand, so it’ll probably be a relaxing day in preparation for that long-haul flight that is on the horizon.