On 10th September, I visited the Jatujak Weekend Market (also called Chatuchak) in Bangkok to see the tropical fish section of the market. The market covers 35-acres and houses around 8,000 stalls. It is reported to attract over 200,000 visitors each weekend. It is open between 9.00am and 6.00pm on Saturdays and Sundays. 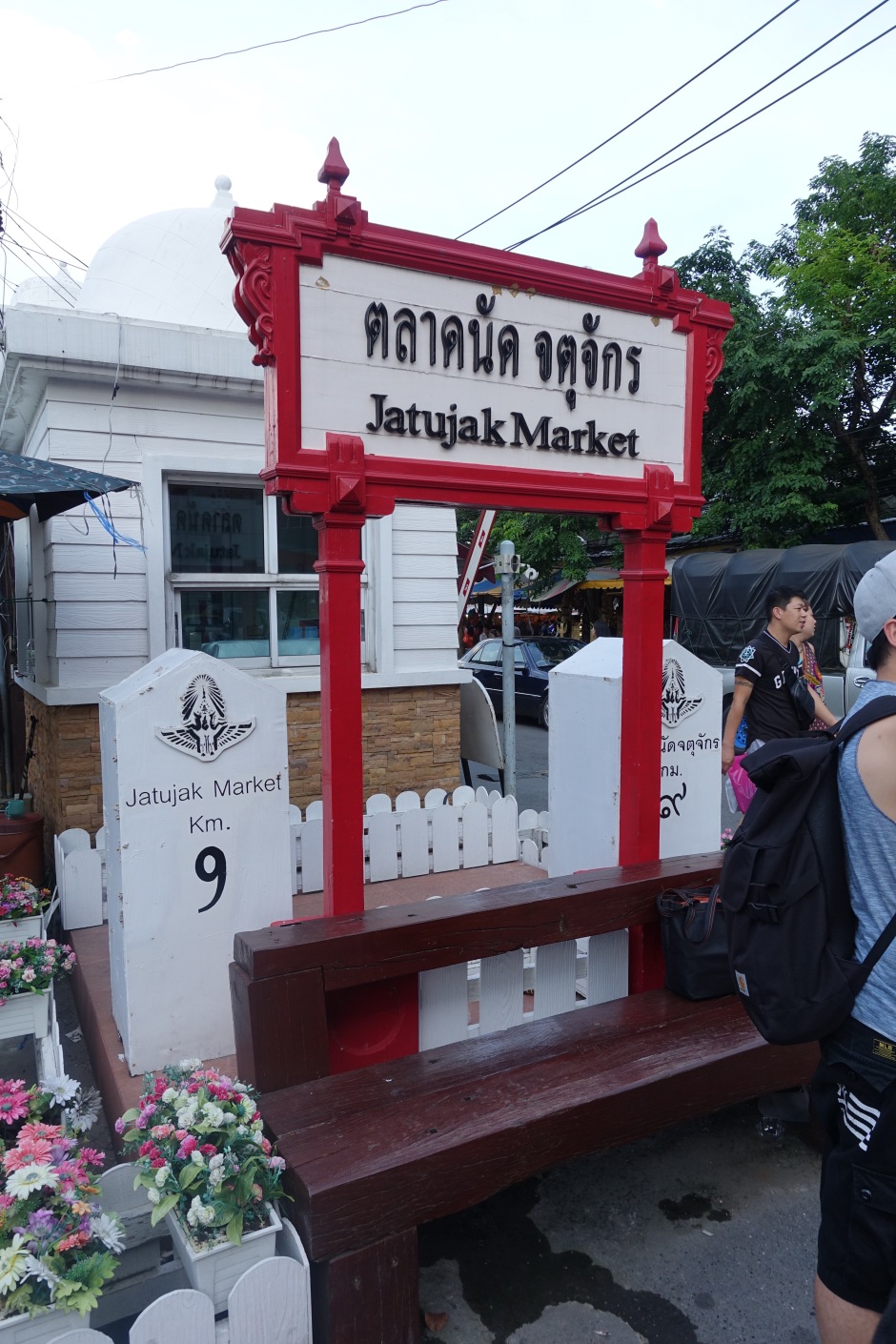 Getting to the market is very simple. Catch the BTS Skytrain to the end of the line – Mo Chit Station and then follow the signs to the market. The market is primarily divided into sections where the same type of goods are sold. As you can see of the map below, the fish and pets are all generally in two adjacent areas (shown in blue on the map as sections 9, 11, 13, 15, A, D & P). 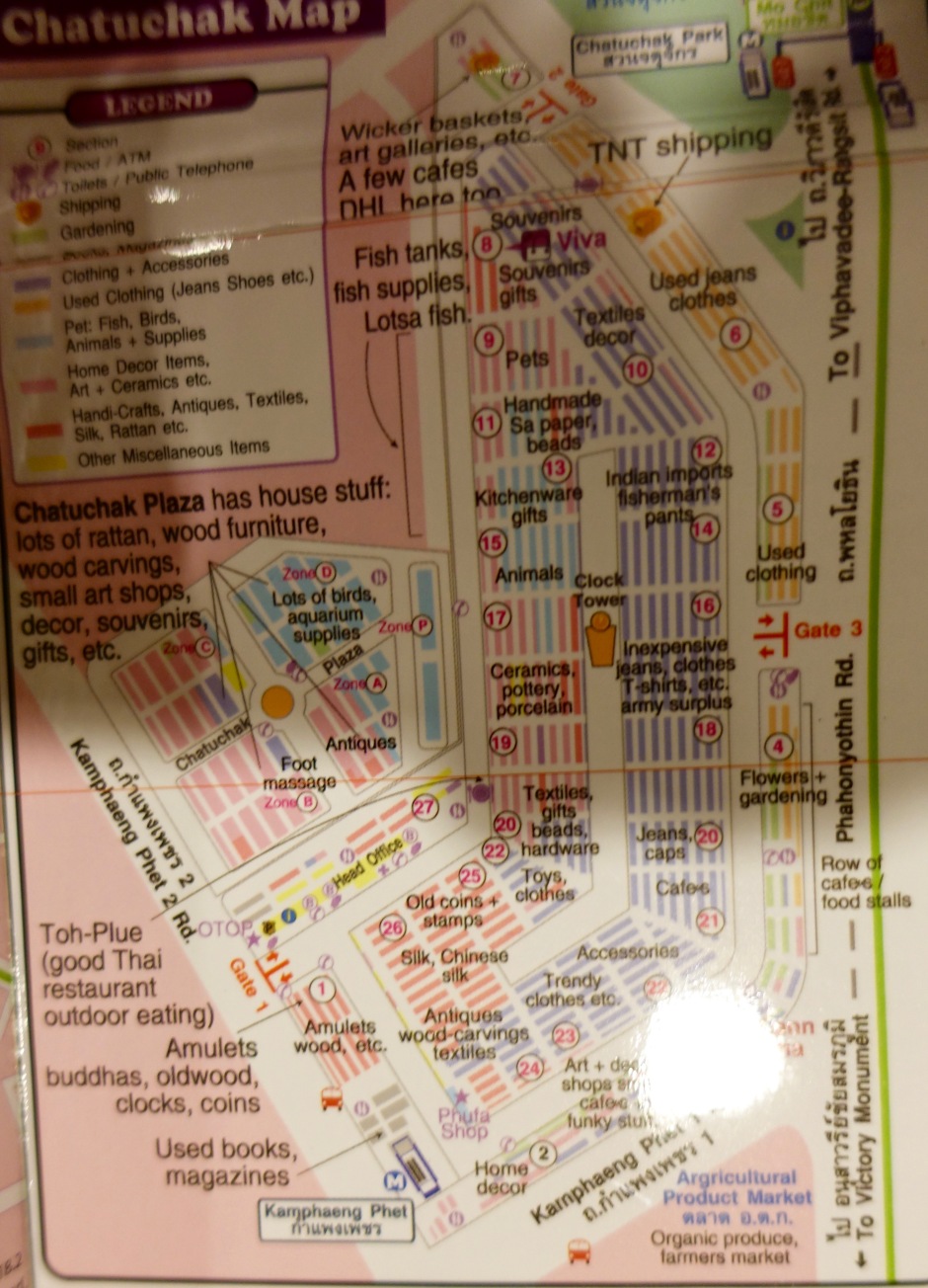 In Section P, some of the fish are sold from market stalls, and some are spread out on the ground. In this area, many of the fish are pre-bagged with prices written on the bags. These are generally the less specialised species and the cheaper ones. Fish range from livebearers, Bettas, Koi and some cichlids. 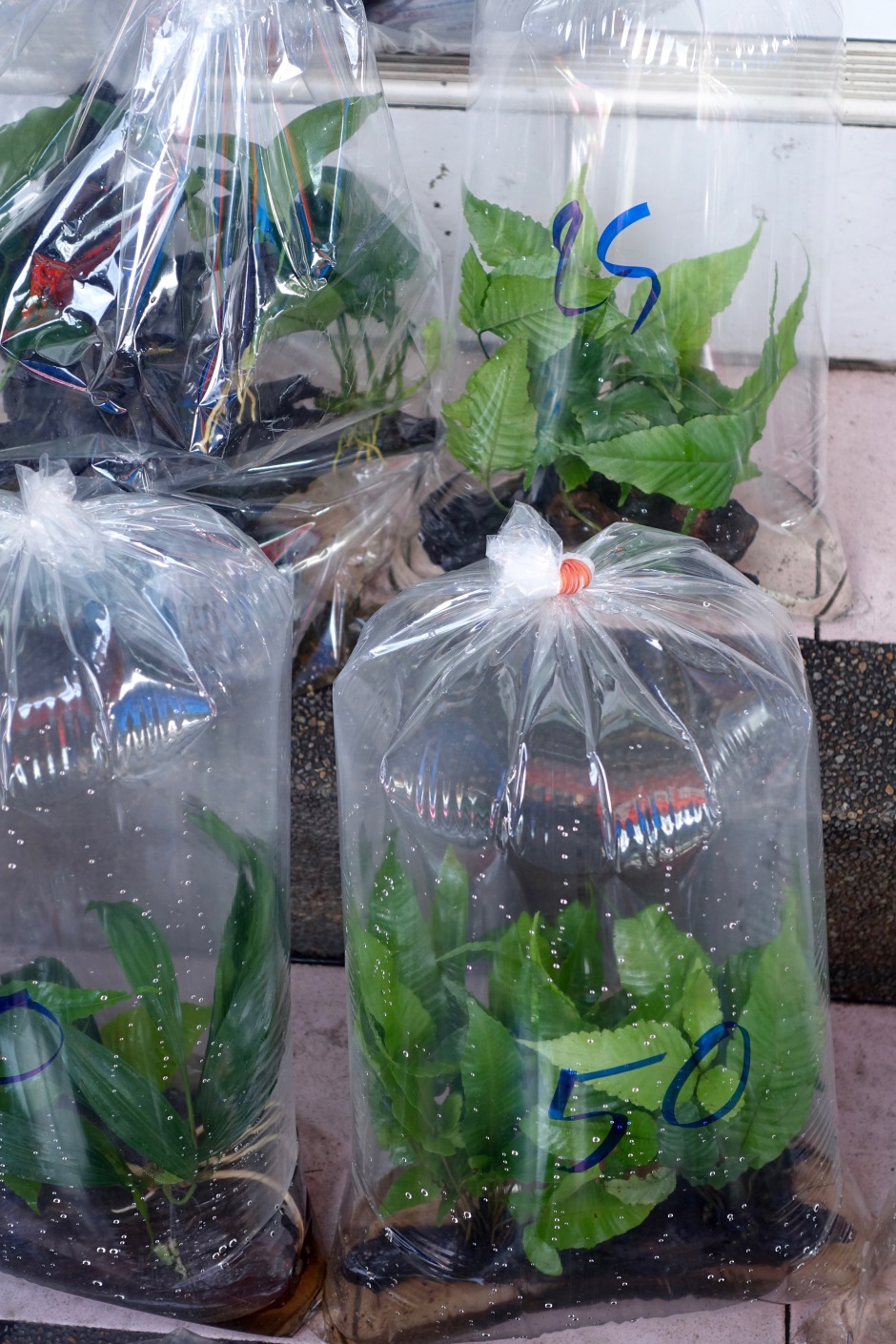 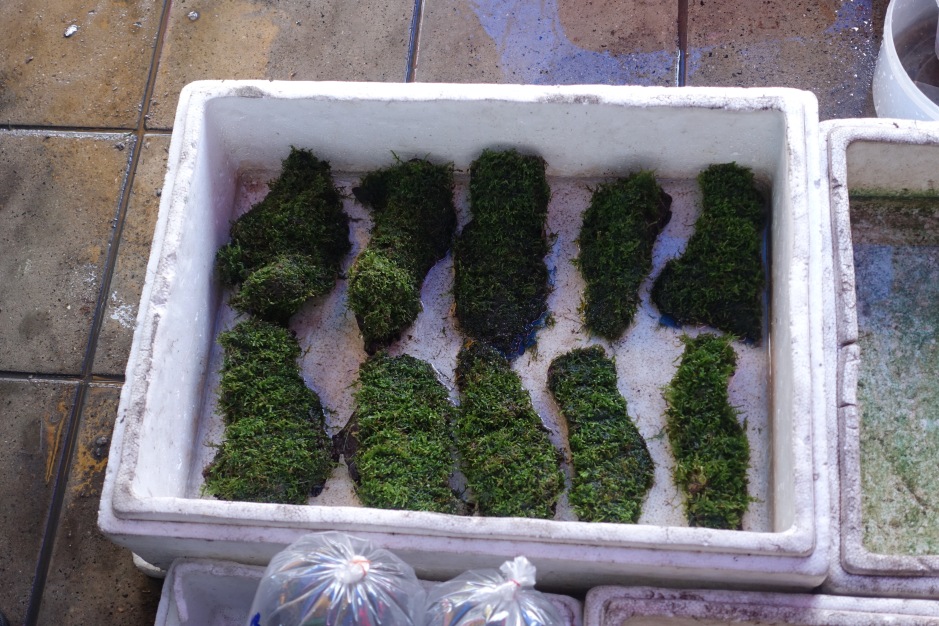 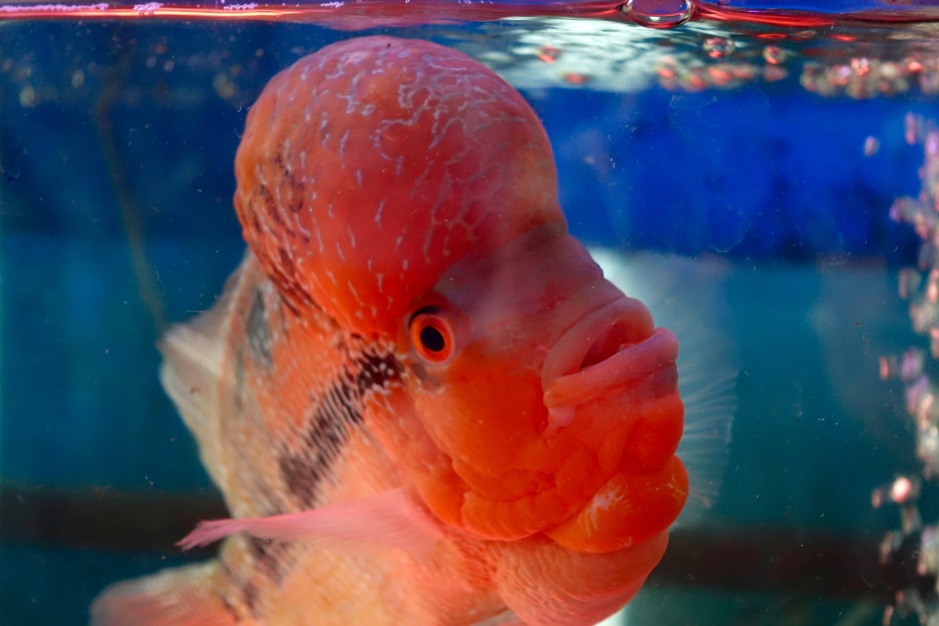 Zone P was a nice introduction, but zones A and B are where the good stuff is to be found. In those two zones, there a small shops set up with aquariums holding some pretty cool fish. Each of these shops tends to specialise in a small variety of species. For example, one shop only had Discus. Another shop had mainly stingrays. And some of those fish were very impressive 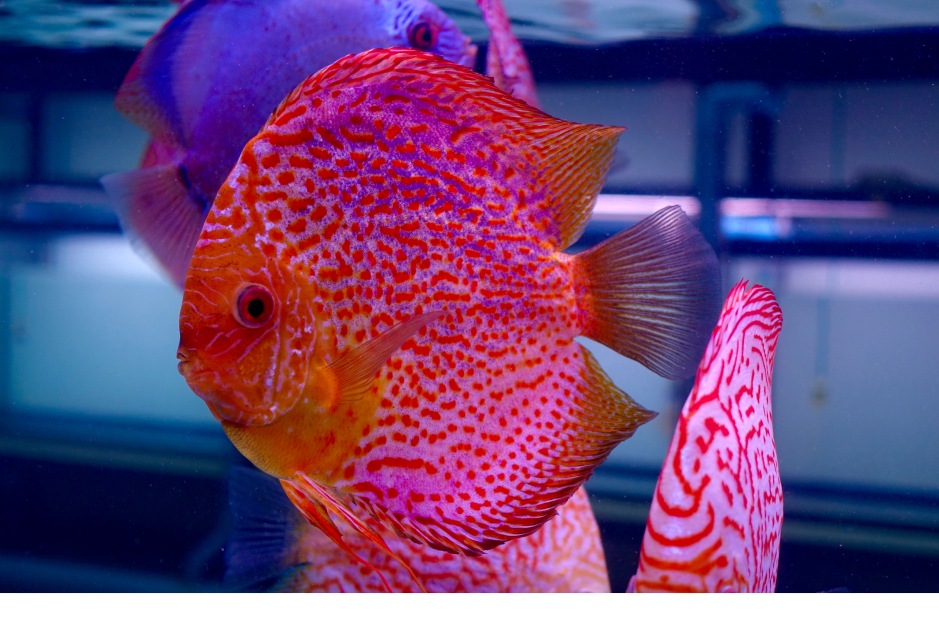 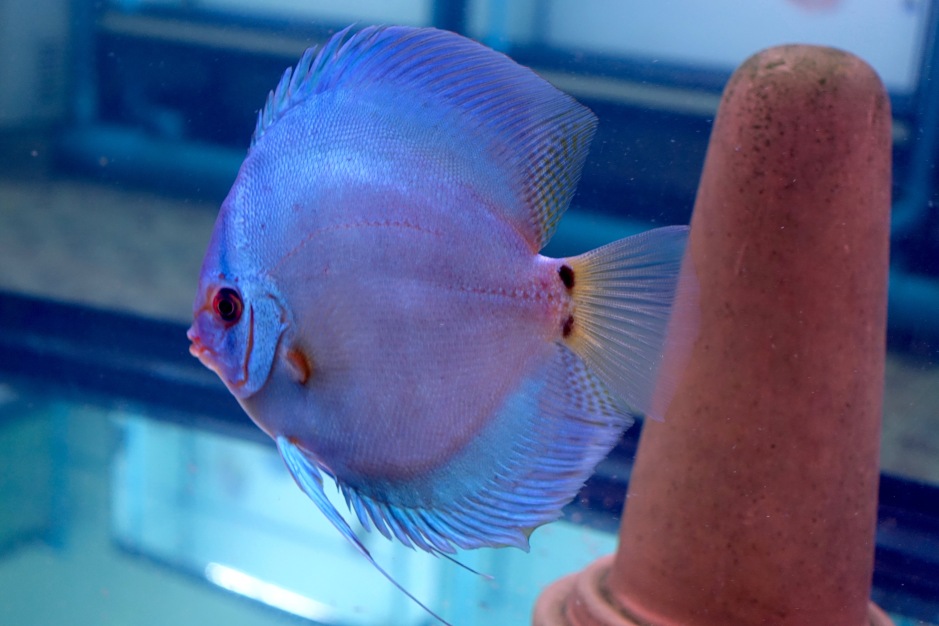 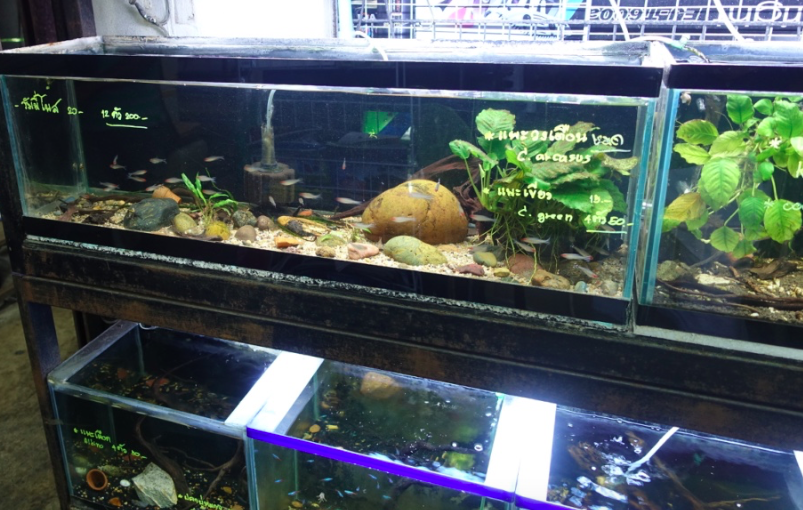 The video clip below was taken in a small shop that only sells stingrays. Very impressive indeed!

Most of the shops in the market that sell fish don’t sell tanks and other equipment. There are other shops that concentrate on selling tanks and equipment. 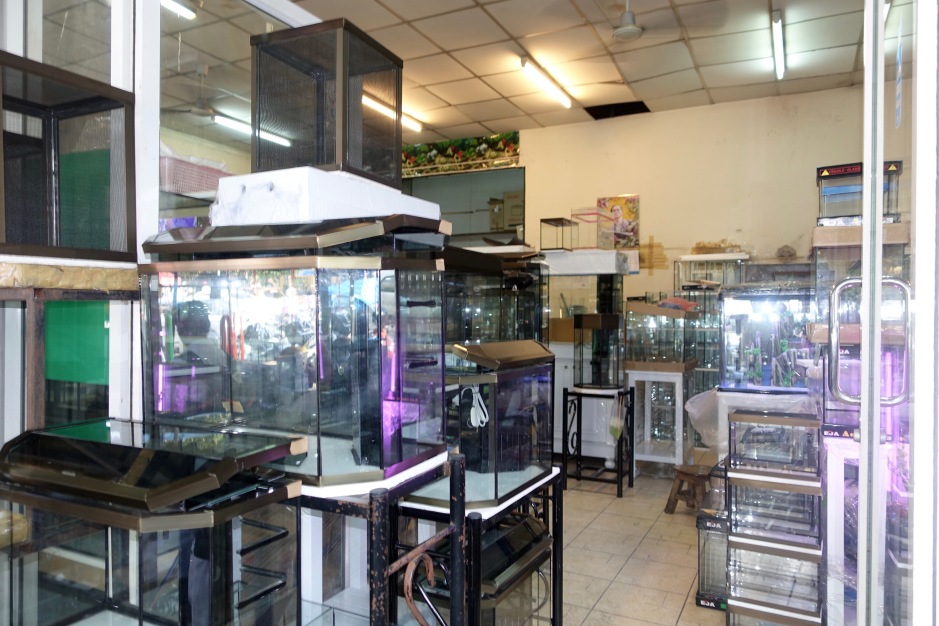 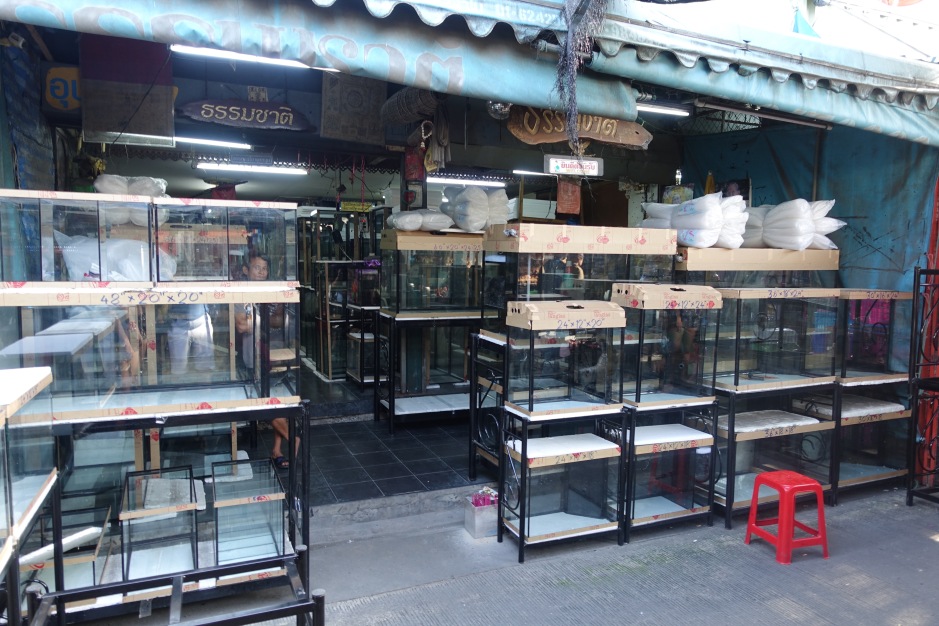 I spent close to two hours walking around the fish and pet section and could have easily spent more time had I studied every tank in every shop. This is an awesome market for fish-lovers.