News that family and friends all survived Hurricane Nicole in Bermuda, along with moving into a nice hotel in a new city, combined to lift me out of the funk that had me in the dumps yesterday. I’m now looking to reboot this adventure and get on with enjoying the trip.

Manila turned out to be a bit of a bust. Out of a seven-night stay, I spent five days cooped up in the hotel room, trying to shake an illness that I have now concluded is some type of flu. It started out as a sore throat in Bangkok, two weeks ago. It has gradually morphed to include headaches, lack of appetite, a bad cough, lethargy, dizziness and a snotty nose. Antibiotics seemed to be improving the symptoms, but that might just be a coincidence, as other symptoms cropped up after I started the meds. Anyway, symptoms are finally subsiding and I’m currently only dealing with a snotty nose and an occasional cough. But, as a result of the illness, I really didn’t see much of Manila.

Today I flew to Cebu city with Philippines Airlines. Only $71 for the flight but when I got to the airport I was told that my total baggage allowance was only 10kg. My carry-on weighed 11 kilos! And the additional baggage fee was 100 pesos per kilo. So, my 18 kilo checked luggage cost me 1,800 pesos. That’s about $36 for the luggage – or 50% of the cost of the airfare!

The flight was only 1 hour and 15 minutes, but the taxi from the airport to the hotel in Cebu took about 1.5 hours! I left the airport just after 4.00pm, so I hit school leaving time followed by the end of the work day at 5.00pm. Double whammy!

Got into my hotel room on the 12th (top) floor and noted a strong chemical-type smell. Like the room had recently been painted. And it was irritating my throat. A call to the front desk got me reassigned to a different (and nicer) room on the same floor. Result! 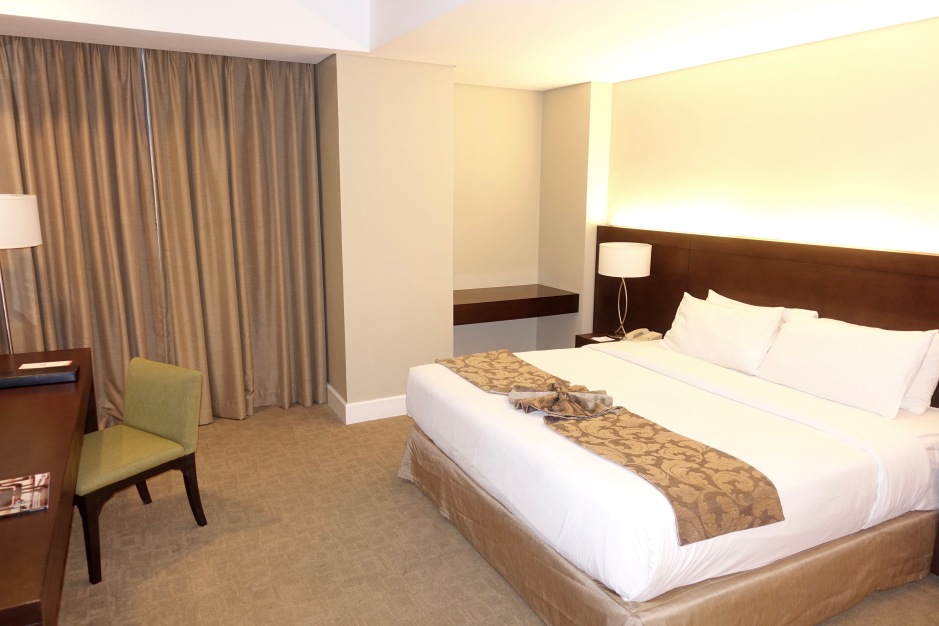 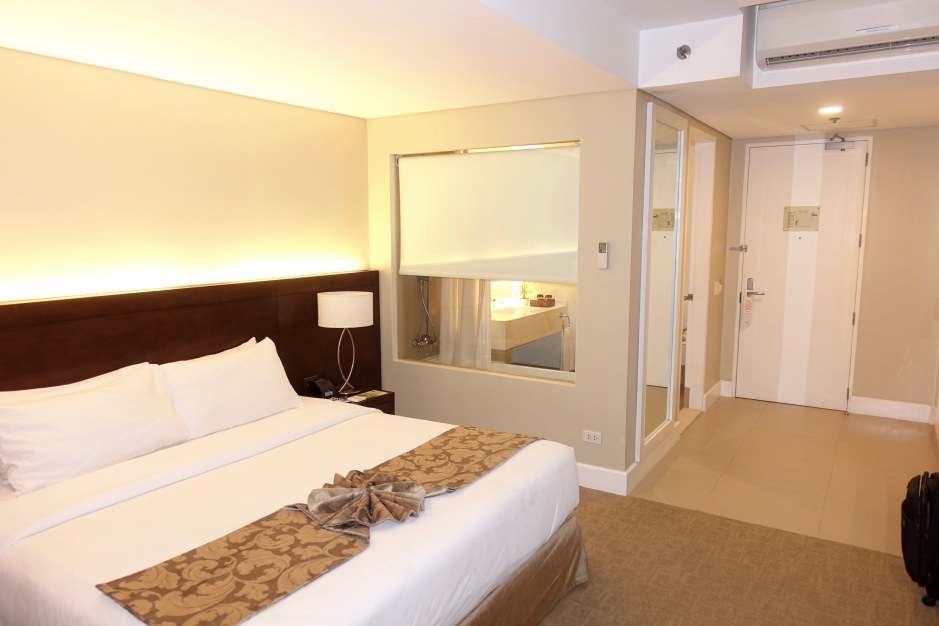 The hotel has a roof-top bar with live entertainment, so I couldn’t think of a better place to head for dinner. 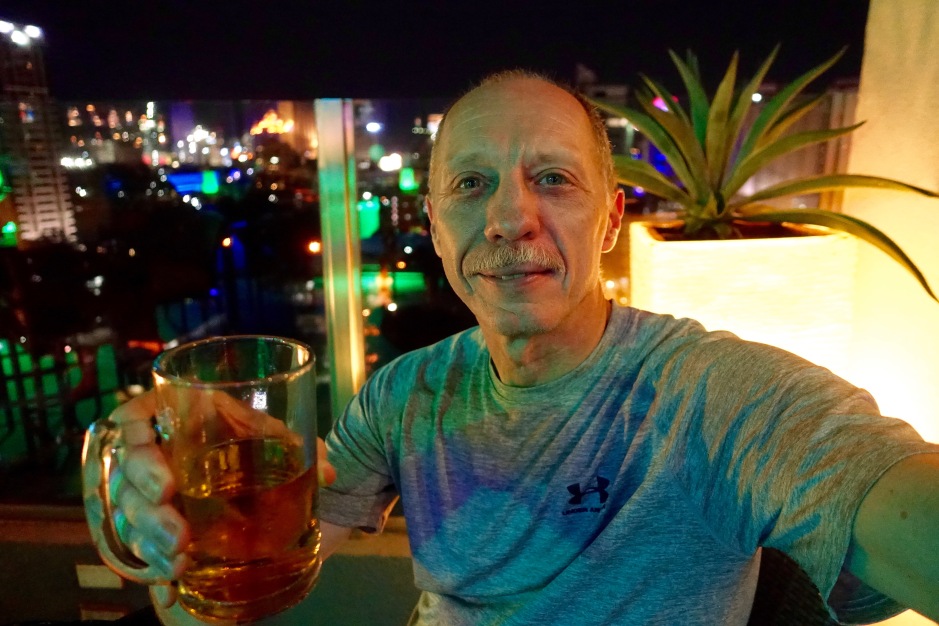 I treated myself to an imported US Angus T-bone steak and a few San Miguel beers. Tomorrow, I think I’ll tackle some Philippine food. 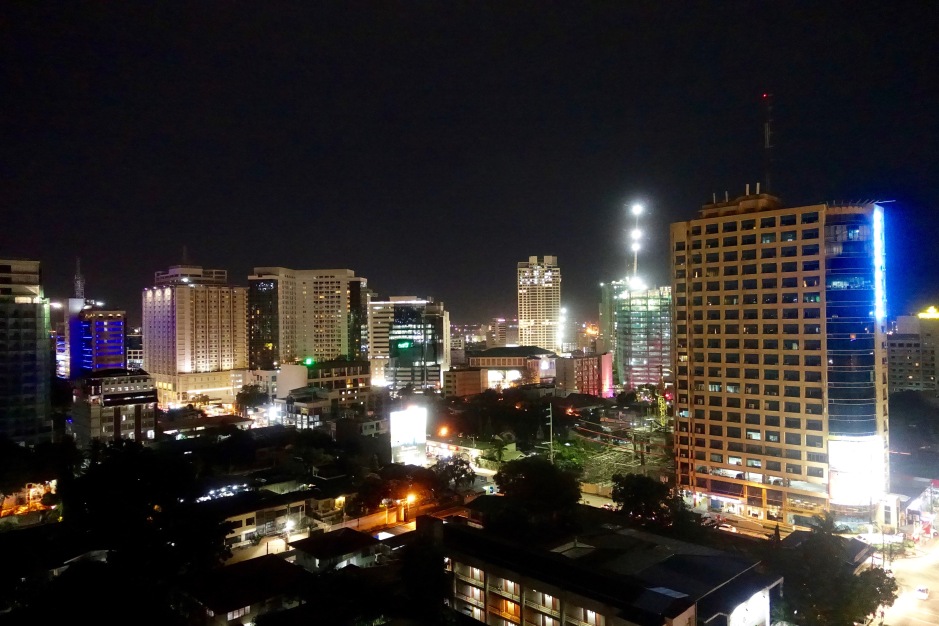 I’m now ready to kick this trip back into gear, after five lost days due to illness. I might still be coughing and spluttering but I have to man up (as my mate David tells me)!