I rode the MRT train to the north of the city this afternoon, to visit Tamsui, near the mouth of the Tamsui River. Unfortunately, rainy weather and low cloud hampered my visit.

Tamsui Station is the terminal station on the MRT red line. It is a 35-40 minute ride from the Taipei Main Station. Tamsui is reported to have wonderful sunsets over the river. Its other ‘claim to fame’ is Tamsui Old Street, an old shopping street.

When I exited the Tamsui Station, it was pouring with rain. Not the best weather for wandering around a shopping street! But, having made the 40-minute journey, I decided to still take a look around. Fortunately, I’d taken my raincoat with me.

I split my time wandering along the waterfront and the Old Street. Neither stretch was very busy. Likely due to a combination of the rain and it being a weekday. I understand that the area gets very busy on weekends when the weather is good.

I didn’t find much to entertain me in Tamsui, so didn’t stay for long. But I did have a couple of draft beers at a small bar that specialises in craft beers. The draft beers were from a Taiwanese brewery and were quite nice. The young man working in the bar was very pleasant and I enjoyed having a conversation with him. He is hoping to become an airline pilot, so I wish him success in his endeavours. 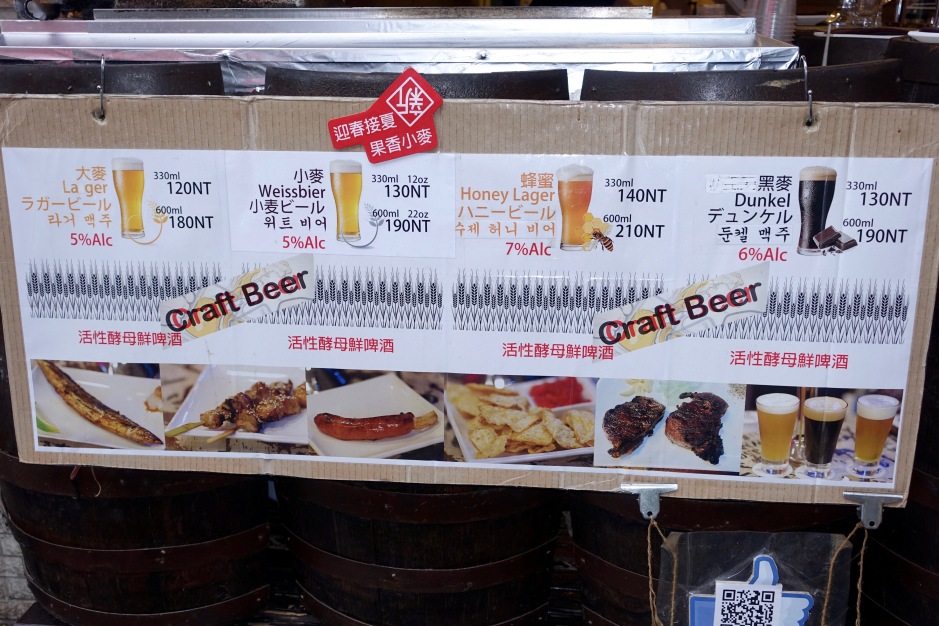 With the rain still falling, I took a train ride back to Taipei Main Station and then walked to my hotel. Looks like it might be a quiet night watching TV in the hotel.