What an exhilarating experience I had today, riding a dirt bike through some beautiful Cambodian countryside and through some thrilling conditions. Grin-inducing stuff, for sure! There were stretches of muddy water, sandy tracks, muddy tracks with ruts, single tracks through forested areas, and red dirt roads. We passed through small villages, rice paddies  and even stopped at a couple of old temples. What a day!

Having done an outstanding ten-day tour with Kickstart Cambodia back in January, getting to ride off-road again with Kickstart was one of the reasons I returned to Siem Reap on this trip. This time, it was only a one-day tour, but it seemed like we squeezed a lot into one exhilarating day. I totally loved it!

As before, my guide for the tour was Kickstart co-owner Dave Scott. We became friends whilst doing the previous tour, so it was good to meet up again. My ride for the day was a Honda CRF 250 – a lovely bike that instilled confidence within a short period. It rides very well and seems very stable in sand and mud – two surfaces that challenged me on my previous tour. Having not ridden off-road for 10 months, I was pleasantly surprised at how quickly I found a groove and how much more comfortable I was this time around. We did Kickstart’s ‘Siem Reap Scramble’ tour-route which is listed on their website as being an intermediate level tour.

Riding conditions were excellent. It is the end of the rainy season so whilst there is still some standing water, it is passable and the ground is not deep boggy mud. Last night, we had several hours of rain, so that helped to dampen down the sandy stretches, making them less of a challenge. The rain likely also contributed to some of the standing water that we encountered. The weather today was dry and sunny. The heat built through the day and was felt much more in the afternoon – so getting wet feet from the deeper water helped to cool me down!

Part way through the morning, we made a brief stop at Banteay Ampil, an old temple that is still in ruins, having not yet been restored. 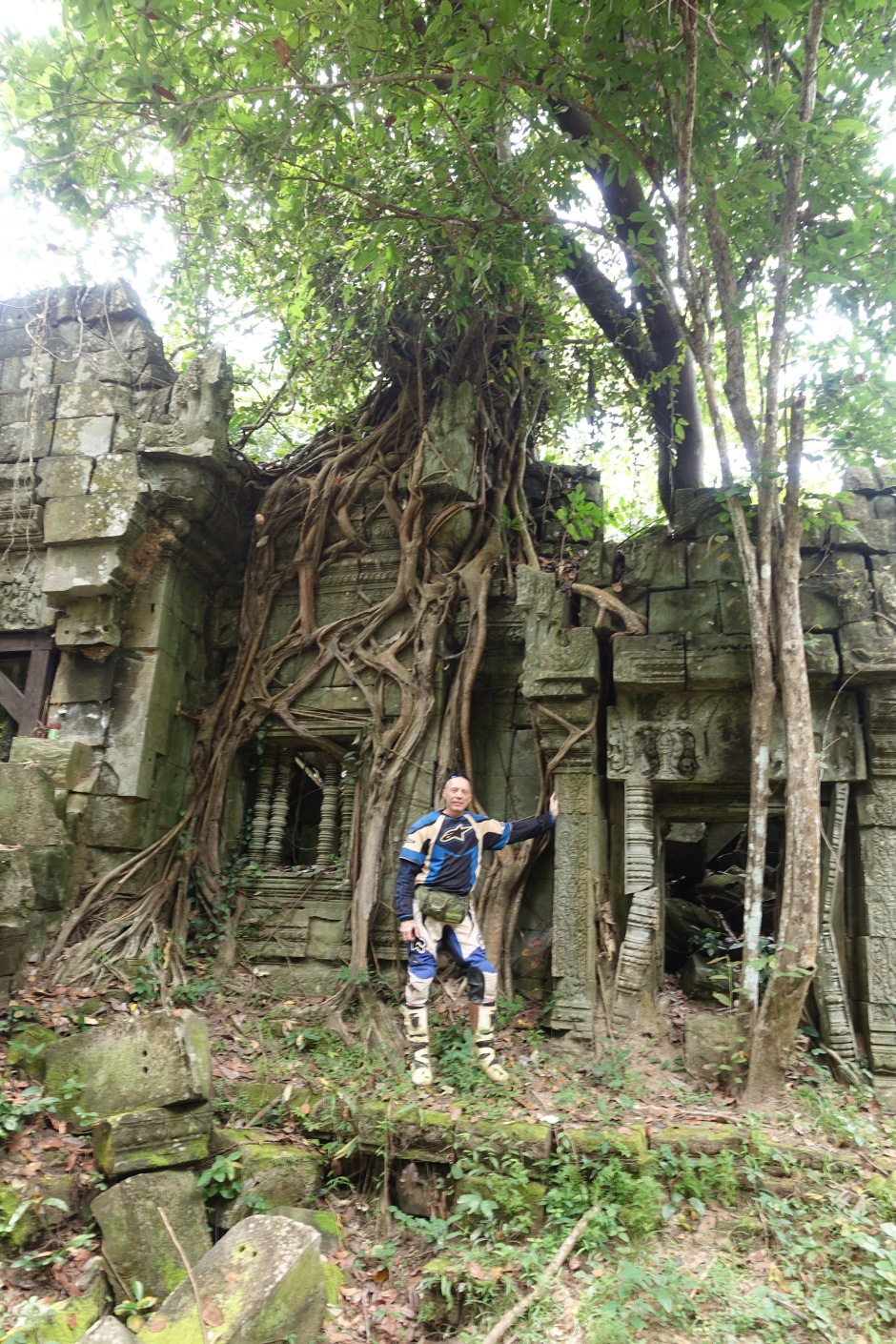 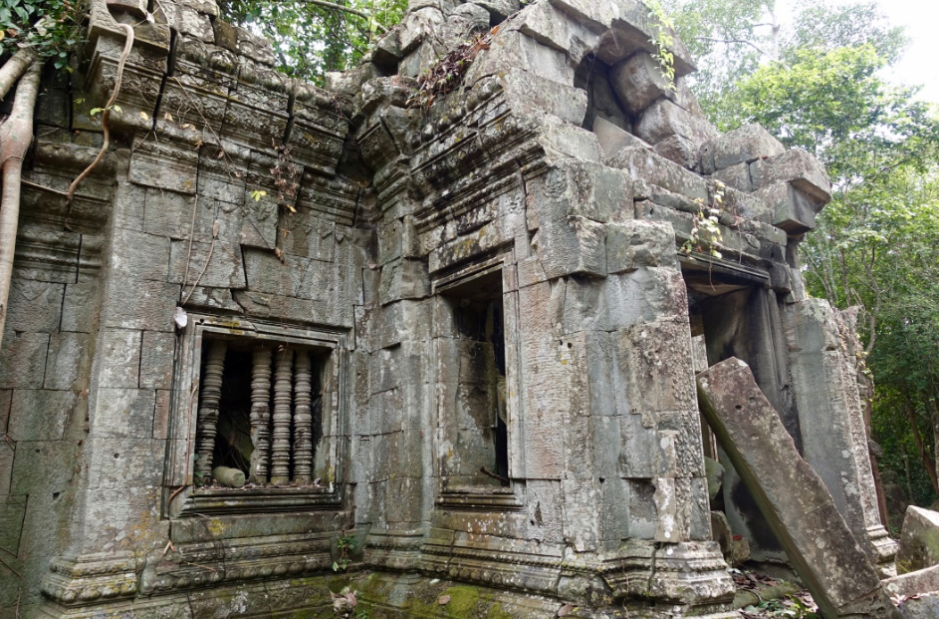 After a look around the old temple, we were back on the trails again.

About 12.30pm, we stopped for lunch at a restaurant next to the Beng Melea temple, where we enjoyed some local Khmer food.

After an enjoyable lunch, I went for a walk around the Beng Melea temple – another temple that is still in ruins. 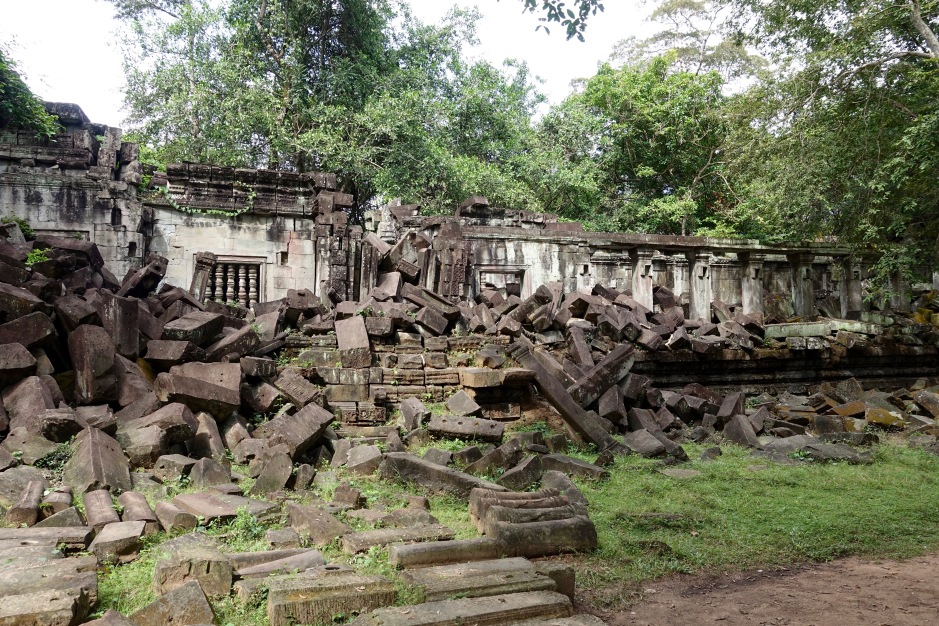 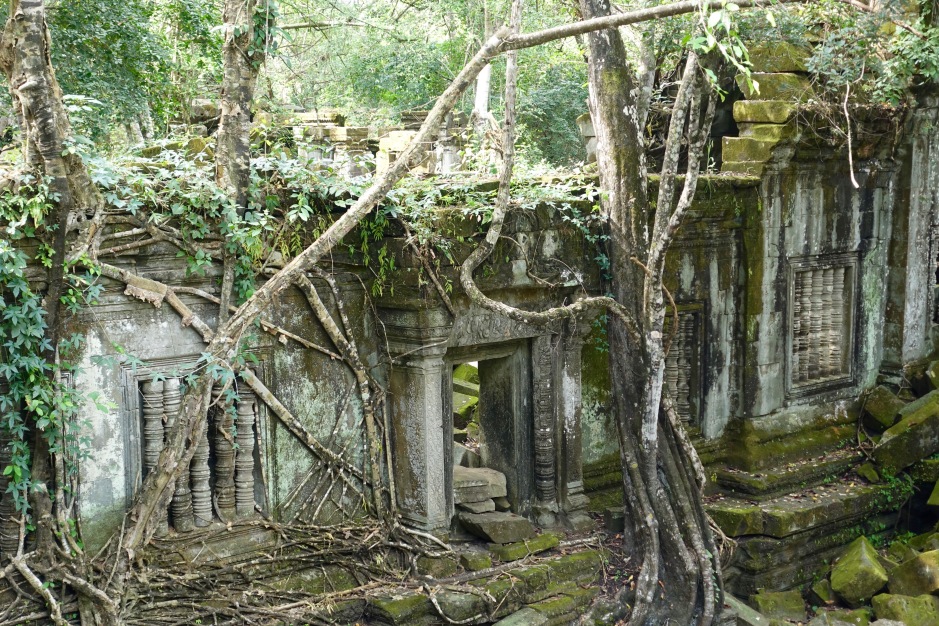 By about 2.15pm, we were back on the bikes and leaving Beng Melea behind us. We still had more riding to do, despite the increasing afternoon heat. 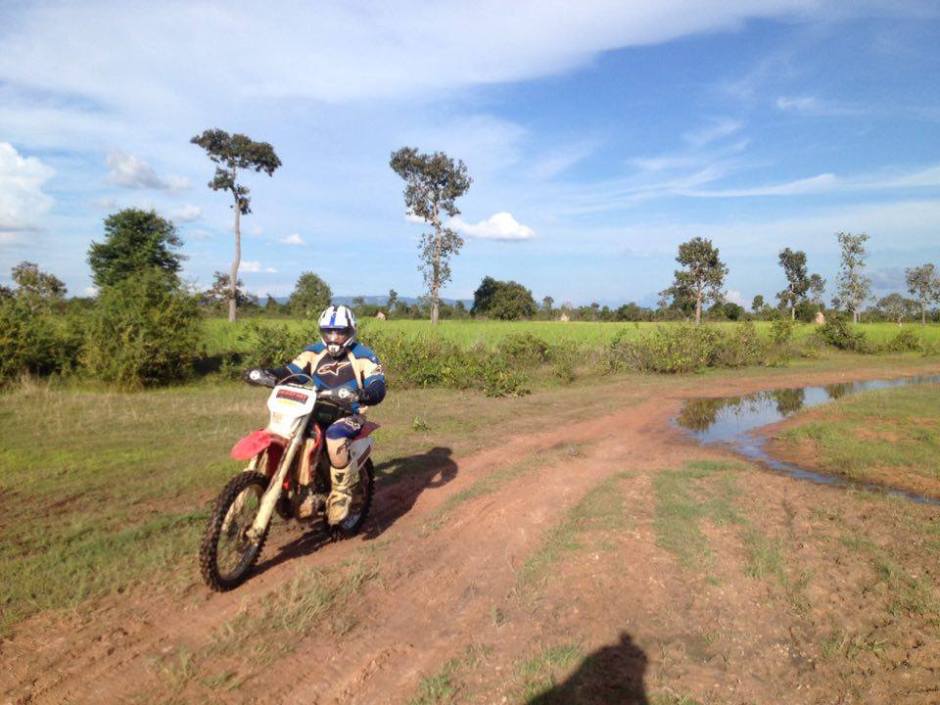 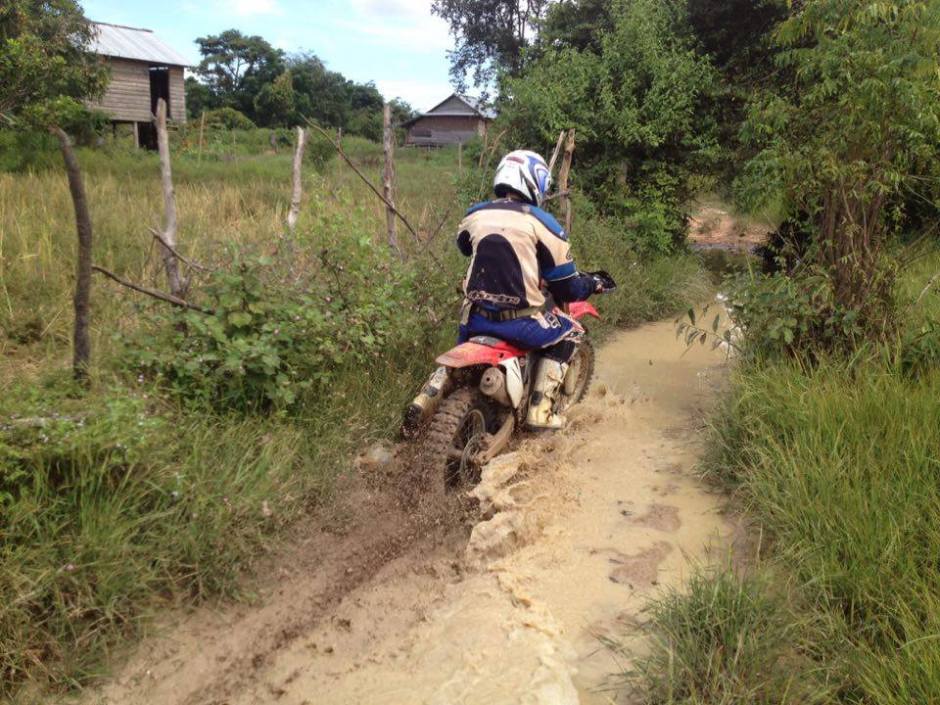 Below are some video clips that were taken during today’s tour.

We got back to the office about 5.00pm. We covered 80 miles during the day with almost all of that being off road. A very fulfilling day that I enjoyed tremendously. I recommend Kickstart to anyone who is interested in some dirt bike riding in Cambodia, whether it is a half-day tour or up to a 10-day tour and whether you are a total novice or a seasoned dirt bike rider. They can cater to all levels of experience.