A former monastery, a 19th century hotel and a former slaughter-house. These contrasting settings are now the homes of the three main art museums in Toulouse, providing interesting spaces to display their art. Each of the museums caters to a different niche so, whilst they may compete for tourist dollars, they tend to complement each other. I found each one to be enjoyable and different. If you find yourself in Toulouse and have the time, I encourage you to visit all three.

The museum is housed in a former monastery, built in the 14th and 15th centuries. This lovely old building provides a wonderful atmosphere in which to display art. Perhaps fittingly for a former monastery, the majority of art on display is of a religious nature. 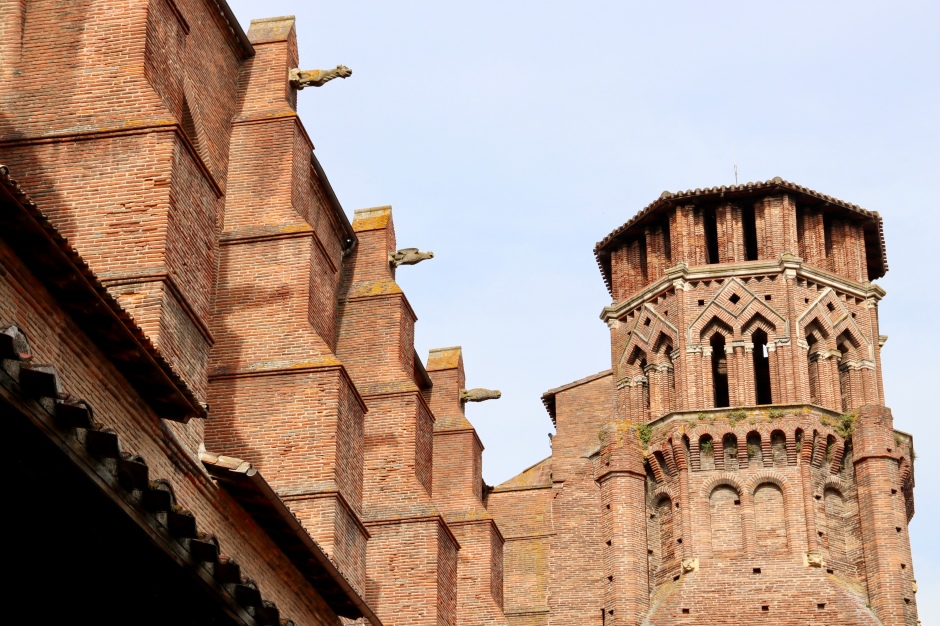 The museum’s collections include over 4,000 works including pieces that were seized during the French Revolution, a collection from the old Royal Academy of Painting and Sculpture of Toulouse, and works from numerous religious buildings that were destroyed in Toulouse during the 19th century.

The old church provides perhaps the most dramatic setting with it’s tall vaulted ceilings, but I didn’t dwell long on the paintings in that gallery, as the art is all Christian-themed (including ‘Christ Between the Two Thieves’ by Peter-Paul Rubens). 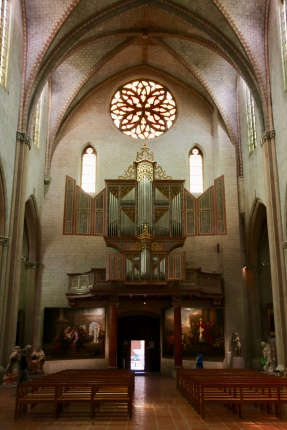 The paintings galleries on the upper floor were my favourite parts of the museum, where huge paintings fight for any available wall space. The galleries also feature some 19th century sculptures. The paintings cover a variety of subject matter and I found some of them to be interesting and enjoyable. 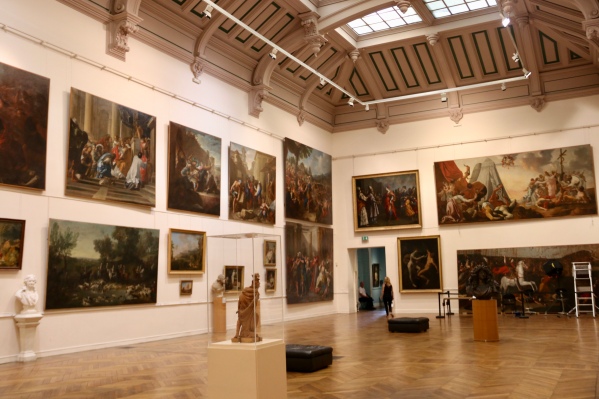 On the ground floor, the Romanesque Gallery takes a modern art approach to displaying 12th century stone sculptures by placing them on multi-coloured pillars with brightly coloured hanging light shades. Unlike anything I’ve seen before!

The internal cloisters provide a nice quiet spot to rest between galleries and it’s there that you can also see a line-up of gargoyles from the 13th and 14th centuries.

Although mainly Christian-themed art, there’s probably something there to interest most visitors who appreciate art. It’s certainly worth a visit. They even have free admission on the first Sunday of every month. The normal admission price is €5 for adults, making it the most affordable of the three museums.

This museum is housed in a magnificent old building that was a 19th century hotel. By the 20th century, the hotel had fallen into disrepair. By 1990, its condition was such that it required a complete renovation. The renovation work commenced in 1993 and adapted the building to house the private collection of George Bemburg, under the auspices of the Foundation Bemberg.

It is amazing to think that this is a private collection, as some of the big names in art are featured: Picasso, Monet, Renoir, Degas, Toulouse-Lautrec, Matisse, Gauguin and Rodin.

This is an interesting art museum that uses some of the rooms to display paintings alongside sculptures, antique furniture, ceramics and clocks. It thereby creates an impression of visiting the home of a collector, rather than a sterile gallery. 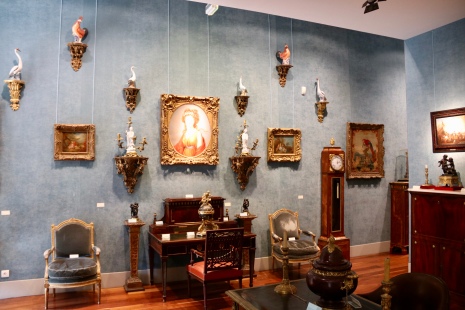 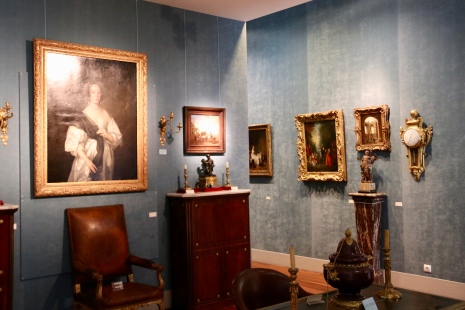 The museum is generally split between three levels. The ground floor displays “Les Anciens” throughout seven rooms whilst “Les Modernes” are spread between six rooms on the upper level. In addition, there is a permanent collection in the basement level.

Here are some of the ‘Les Anciens’ exhibits and the basement level permanent exhibit, which has some nice examples of pointillism as well as pieces by artists such as Matisse, Gaugin and Henri Fantin-Latour. 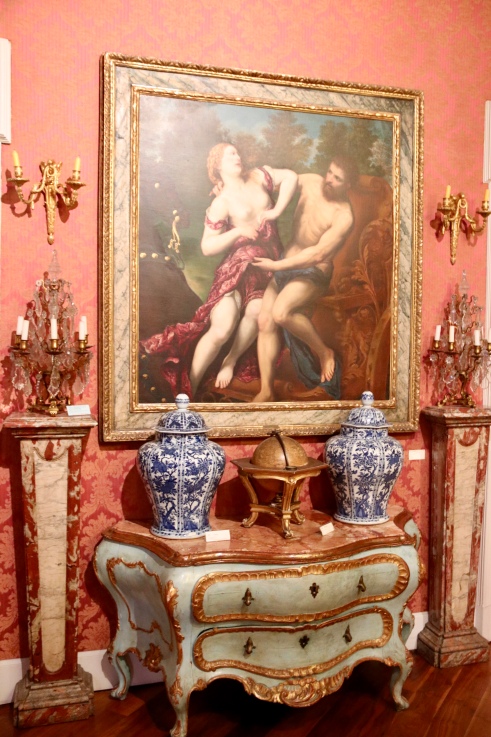 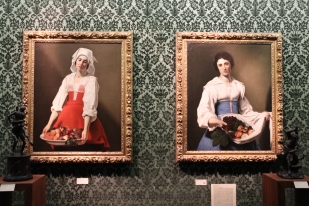 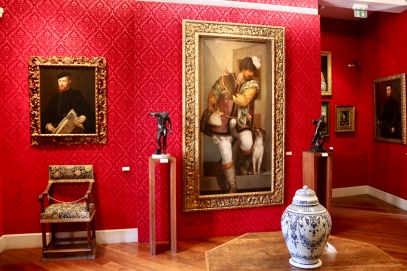 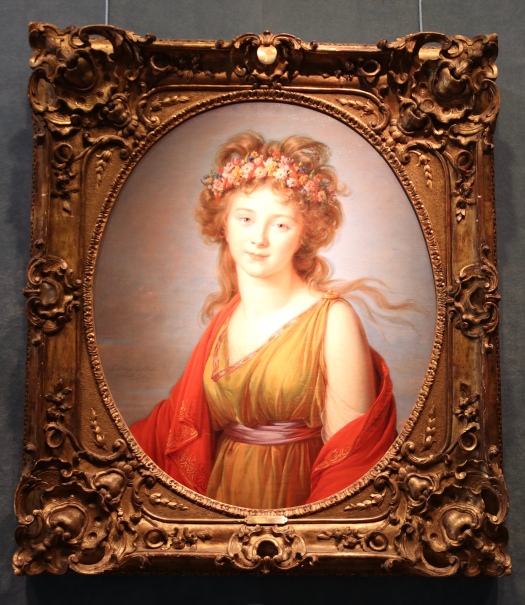 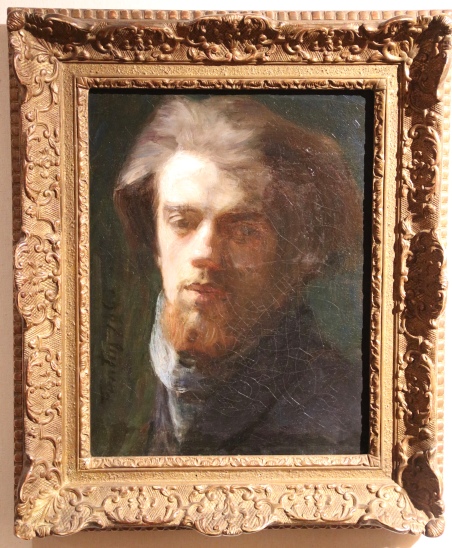 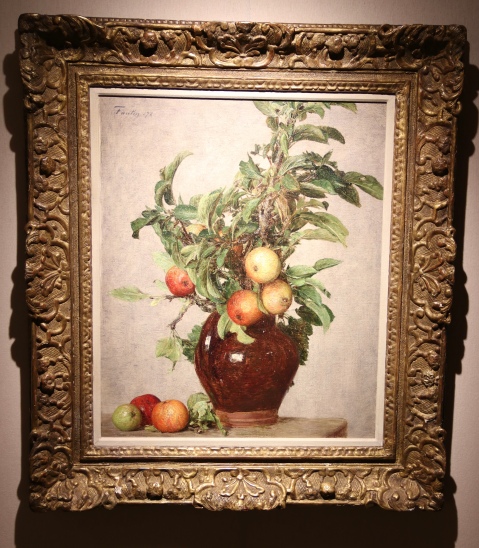 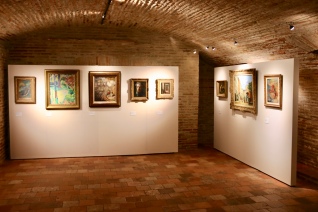 I found all three levels to be interesting, but I was most captivated by ‘Les Modernes’ and some of the beautiful works by the likes of Renoir, Monet, Picasso and Matisse. I was unfamiliar with the French artist Pierre Bonnard (1867-1947) but the museum has an entire room of his work and I found several that I enjoyed. 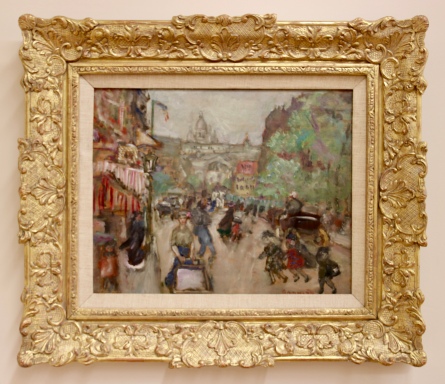 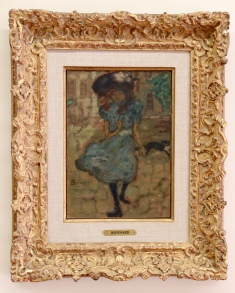 Whilst photography is permitted in most of the rooms, there are two sections where photography is prohibited. One of these rooms holds several pieces by Picasso and Toulouse-Lautrec (so I don’t have photos of those works).

This was my favourite of the three museums and the most expensive to visit with a €10 admission fee. But the admission cost is justified, in my opinion, when considering the quality of the art that is on display.

This former slaughterhouse (abattoir) was converted in the 1990’s to create a modern and contemporary art museum.

The museum has attracted a wide range of reviews on Trip Advisor, including some that called  the place ‘terrible’. Perhaps that reflects the different levels of appreciation for modern art.  I’m glad that I didn’t allow the one-star reviews to put me off visiting Les Abattoirs. I had enjoyable visit and was particularly impressed by several of the pieces on display.

The facility covers four floors: the ground level, an upper level and two basement levels. Different exhibits are placed on the different levels. The facility rotates exhibits periodically, but at the time of my visit the ground floor was displaying mainly paintings. The upper floor was displaying an exhibit called Suspended Animation that primarily consists of video art. The two basement levels were taken up by a large exhibition of the collections and works of Daniel Spoerri, that are on loan from the Pompidou Centre. This particular exhibit ends its run on 3rd September 2017. 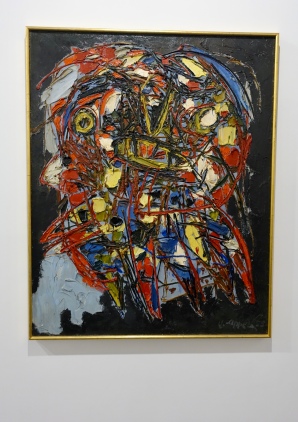 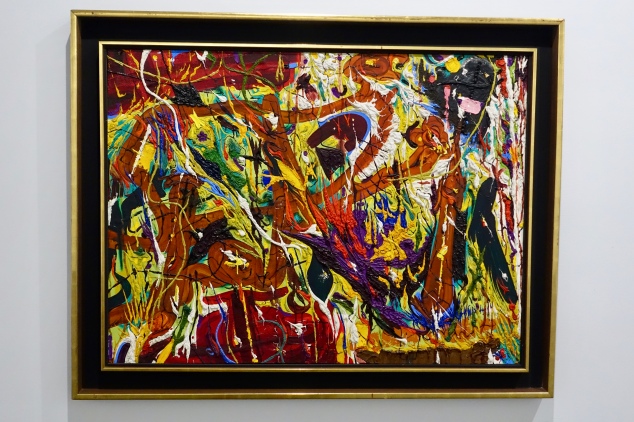 My favourite pieces on the ground floor were ‘Celestial Bicycle I’ made from an old bicycle, ping-pong balls and other items and a large (300cm x 150cm) untitled painting by Guillaume Bresson, that depicts a fight scene in an underground car park. The painting took four years to complete and could be mistaken for a photograph from a distance. It’s amazing.

I found some of the video art more interesting than others, so I sat through some of them and skipped past others. 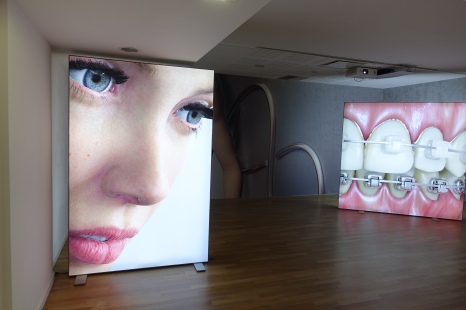 The Daniel Spoerri exhibit was particularly interesting. There were some nice African fetish power figures from his collection that I enjoyed.

I also found some of Spoerri’s modern sculpture pieces to be interesting. Some of his work takes items that are usually seen on a horizontal plane and flips them onto a vertical plane (such as dinner settings on a table). 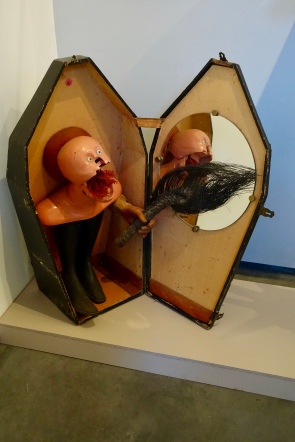 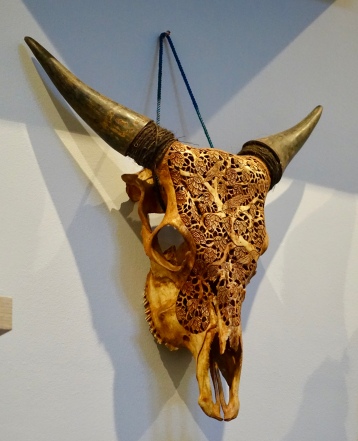 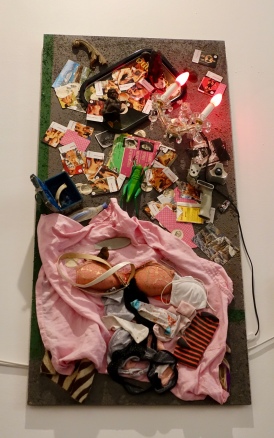 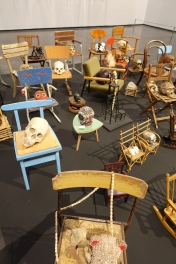 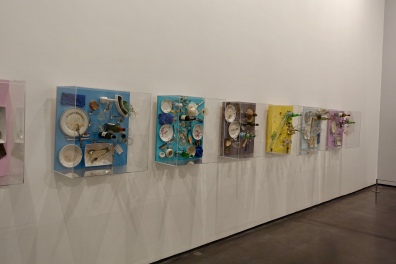 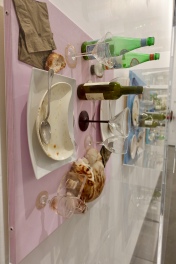 The admission price was €7 for an adult which I thought was reasonable.

http://www.lesabattoirs.org/
So, three very different museums, in totally different settings. But all worthy of a visit.