“Every morning of the week, the local oyster farmers transport their goods directly from the oyster beds out in the estuary to the open-air market on Rúa da Pescadería, or “Oyster Street” as it’s better known. Here, knife wielding matrons stand at granite stalls, shucking and lemon-drizzling the freshest oysters you’ll ever put in your mouth.”

After reading the above review online, I had to visit Rua da Pescaderia (Fishmongers Street) myself, to see what all the fuss was about. Could it live up to the hype? 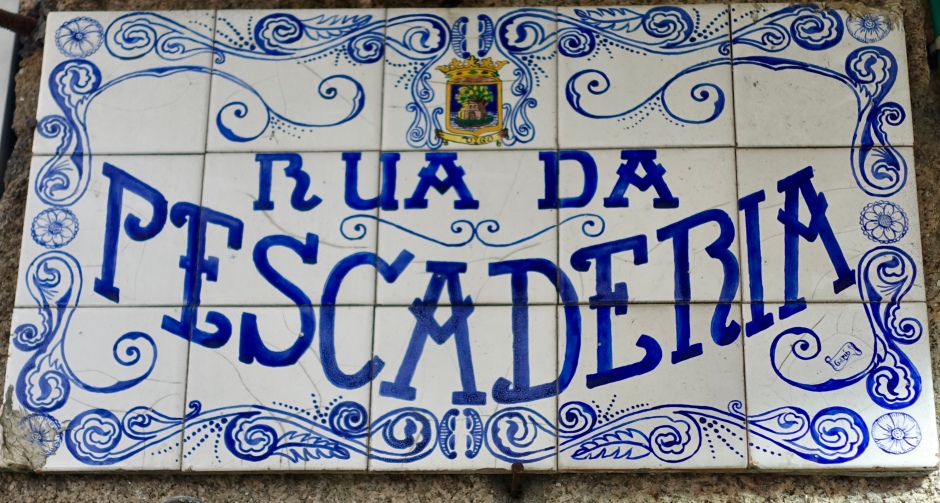 I’m not sure that ‘Oyster Street’ can rightfully be called an open-air market. It is a narrow lane (covered by a glass roof) that is lined on both sides by an assortment of seafood restaurants, each competing for the attention and the business of passers-by.  The restaurants each have a combination of inside and outside tables, with a walkway along the centre of the lane between them. There are a couple of work tables along the walkway, where fishmongers shuck their oysters and place them on plates, by the dozen, hoping to attract buyers.

The oyster vendors are independent of the restaurants, but seem to work in collaboration with them. Customers who buy a plate of oysters can sit at a table at one of the restaurants to eat them, whilst the restaurant benefits by selling the customer wine and any additional food they may be interested in. At the time of my visit, there was only one woman shucking and selling oysters. I suspect that there will be more of them at busier times, particularly when cruise ships are visiting the port. 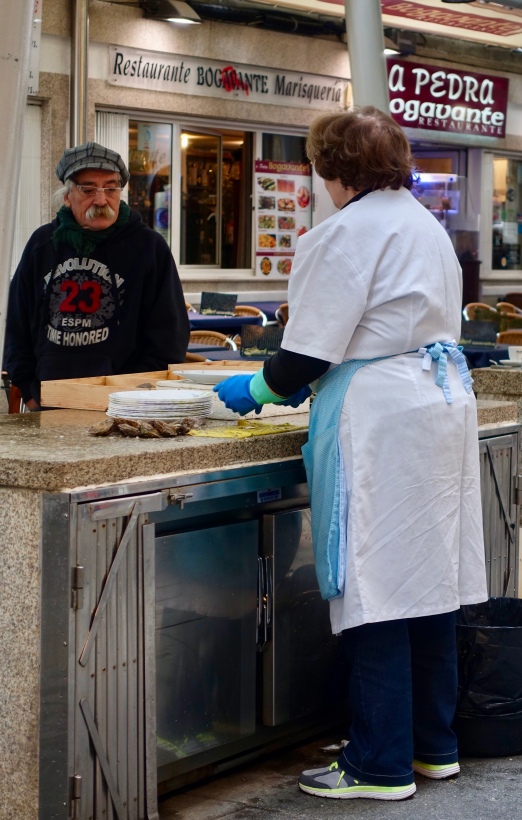 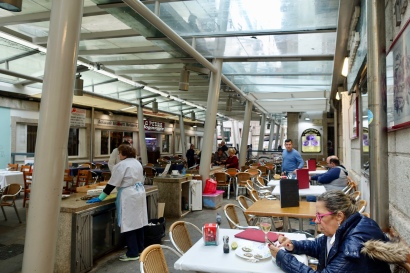 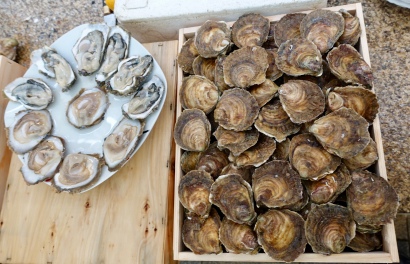 The vendor had two sizes of oysters available, costing €18 for a dozen small ones or €25 for the large ones. I opted for a dozen of the biggies, sat at the adjacent restaurant and ordered a glass of local white wine to accompany them. The waiter also brought me a lime to squeeze on the oysters.

Vigo is reputed to have some of the freshest and tastiest oysters around. Unfortunately, I found them to be rather underwhelming! They may have been fresh but they were not very tasty. After finishing the lacklustre oysters, I decided to select something from the restaurant menu to round out my lunch. The menu had large seafood platters listed, priced from €50 – €100, but I wasn’t hungry enough to tackle one of those. Nor did I want to spend that type of money on my lunch, after already being on the hook for the oysters. 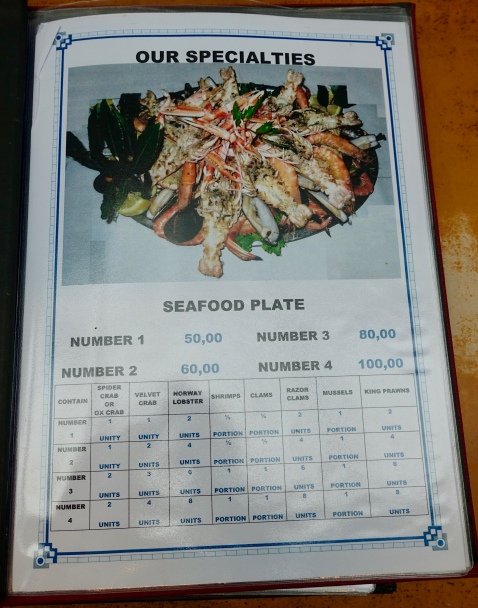 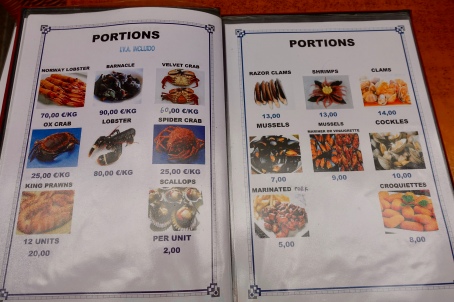 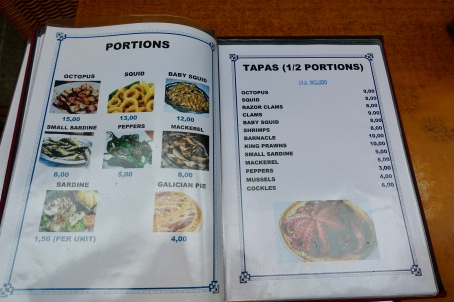 The row of octopus that was lined up inside the restaurant was rather tempting, but I settled for a small order (6) of giant prawns. The prawns were flavourful and enjoyable and, with the accompanying fresh bread, were sufficient to fill me up.

With my lunch completed, the payment went two ways: €13 to the restaurant for the prawns, bread and wine and €25 to the oyster lady. I suspect that I would have had a more enjoyable, and cheaper, lunch had I skipped the oysters and just ordered seafood from the restaurant.

For me, ‘Oyster Street’ failed to live up to the hype. But, if you’re in Vigo and you want to eat seafood, you’ll certainly find a wide variety there to choose from.