The Berardo Collection Museum (Museu Colecção Berardo) focuses on modern and contemporary art, from 1900 to present day, through a permanent collection and various temporary exhibits. It is located within the larger Centro Cultural de Belem (CCB) complex. 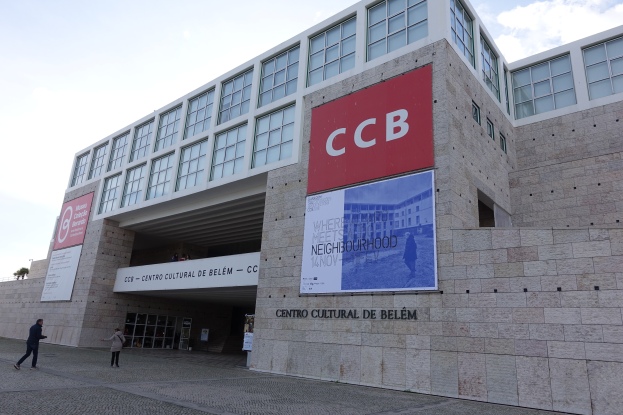 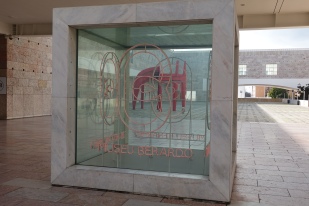 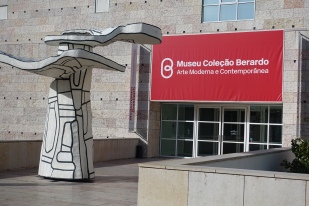 Located in Belem, it’s a bit of a trip from Chiado, where I am staying. A taxi to the museum cost me €9 but I made the return trip on the electric tram (route 15E) for only €2.90. Admission to the museum is free on Saturdays. There are other museums and a monastery close by, so you could easily fill a day in this location.

The art is spread over three levels and it is useful to start on the top floor (level 2) which contains the permanent collection from 1900 – 1960. The art is organised in chronological order, according to the various schools or movements of the day. It starts with Cubism and works its way through Abstraction Between the Wars, Surrealism, Figuration, Informalism, CoBrA, Abstract Expressionism, New School of Paris, Kinetic and Op Art, Group Zero, Existential Figuration, Nouveaux Realism, Neo-Dadaism, British Pop Art and American Pop Art. I had never heard of several of these schools, but at each new segment of the exhibit, a sign provides an explanation in Portuguese and English. Whilst the signs do use some very artsy language, they are still useful to a casual observer like myself.

Amongst the art in this permanent collection are some big names like Picasso, Salvador Dali, Andy Warhol and Jackson Pollack but most of the art is by lesser known artists. Nevertheless, there is some wonderful art on display. I found it interesting to follow the changes in artistic styles through the 60 years covered by the exhibit. 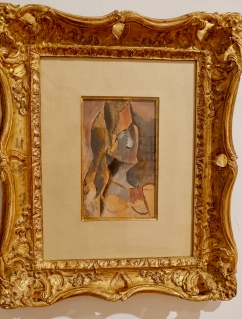 The Couple by Oscar Dominguez 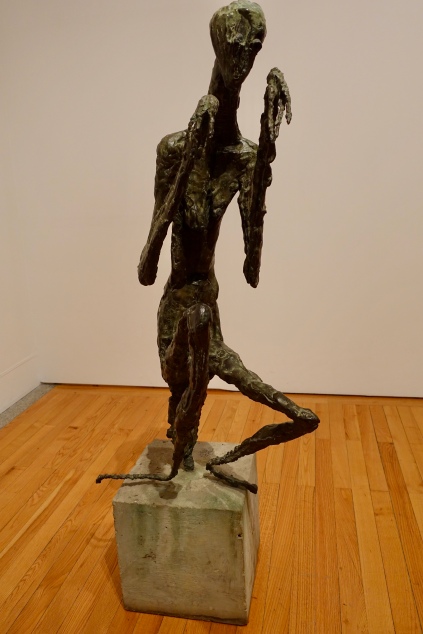 The Large Mantis by Germaine Richier 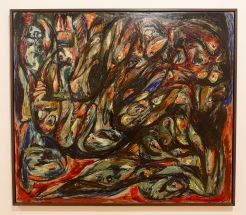 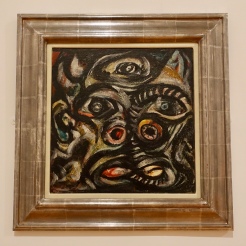 Babies for Africa by Oyvind Fahlstrom 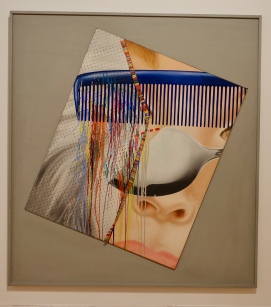 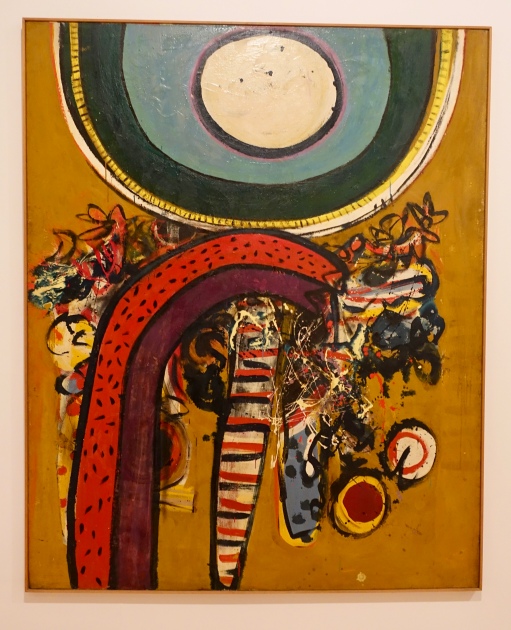 Portrait of a Buddhist by Alan Davie 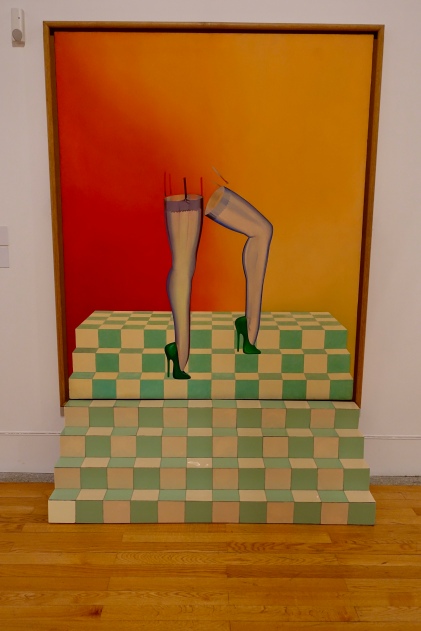 La Sheer by Allen Jones and Epiphany by Richard Hamilton 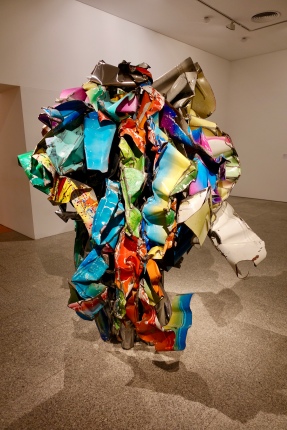 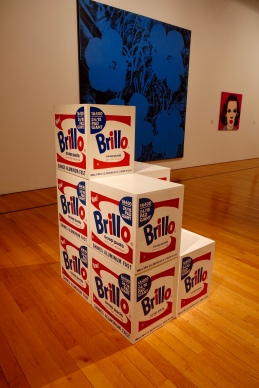 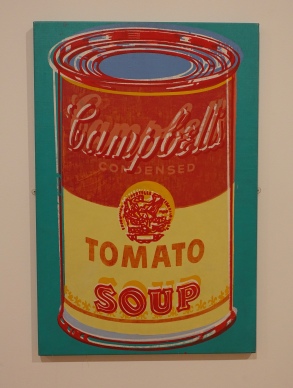 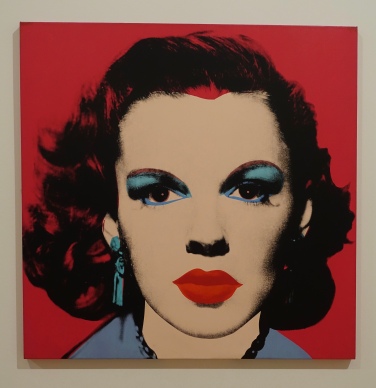 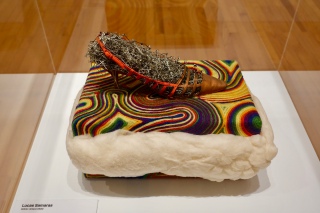 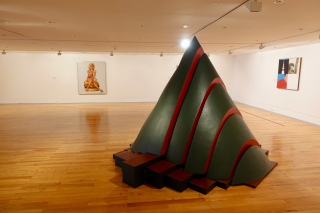 Down at level 0 is the temporary exhibit (until 11 February 2018) Modernismo Brasileiro that traces the development of modern art in Brazil. I found several paintings that I liked within the exhibit. 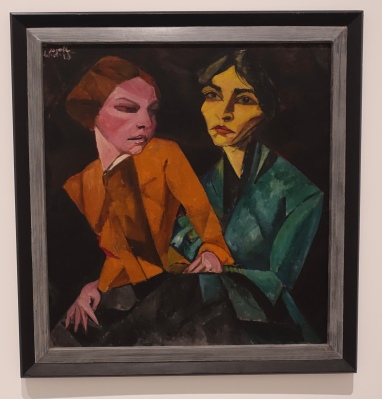 The permanent collection (1960 – 2010) contains a mix of work in various media. I particularly enjoyed a room where videos of faces were projected onto inanimate objects with accompanying sound. Interesting and unexpected. I also liked an untitled piece by Jannis Kounellis that was connected to a propane tank and had multiple small blue flames burning on steel letters that spelled the artist’s surname. 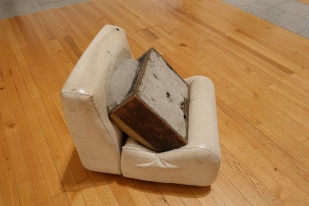 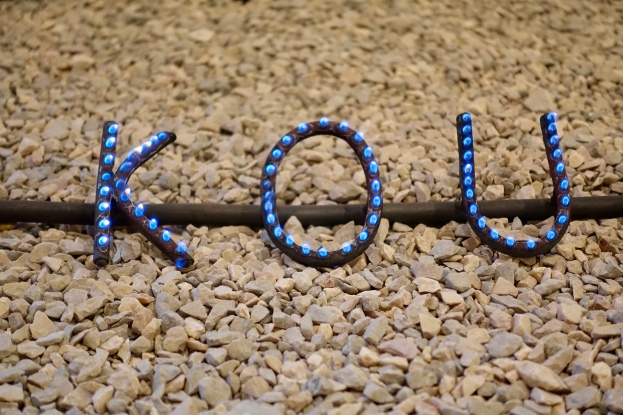 The photographic display by Lu Nan uses black and white photos to document three distinct topics. In his photo essay “The Forgotten People”, Lu Nan documents the living conditions of people with mental illness in China. Between 1989 – 1990, he visited 14,000 patients in 38 hospitals and subsequently sought out 100 families of those patients. The photos are both gripping and disturbing. They are accompanied by narratives regarding the featured patients that paint a grim picture of the standard of ‘care’ afforded these people. Several of the patients died within months of the photos being taken. This was a very impactful exhibit about a subject few of us know anything about. His other two photo essays document the Catholic faith in China and the everyday life of Tibetan peasants.

Overall, this was a very enjoyable visit with an interesting variety of art.