Now that I’ve added a Honda CBF600 to my garage, Bev can join me on the road, to visit some of the beautiful places around Portugal. The Honda isn’t as tall as my BMW, so Bev feels safer riding pillion on it. We’re still working on the comfort level of the seat, but it promises to be an excellent bike for our day-trips.

For our first joint day-trip on the Honda, we headed to the town of Guimarães to eat lunch and see the castle.

It is a very historic town, having once been a Roman city. It is also referred to as the birthplace of Portugal. Portugal’s first king, D. Afonso Henriques, is believed to have been born in Guimarães and he selected it as his capital. It is now a UNESCO World Heritage site in recognition for being an “exceptionally well-preserved and authentic example of the evolution of a medieval settlement into a modern town” in Europe.

We had lunch in the Largo da Oliveira, an enclosed square that was the historic centre of the town. We sat at one of the outdoor cafes, next to the olive tree that gives the square and the Igreja (church) da Oliveira their names. 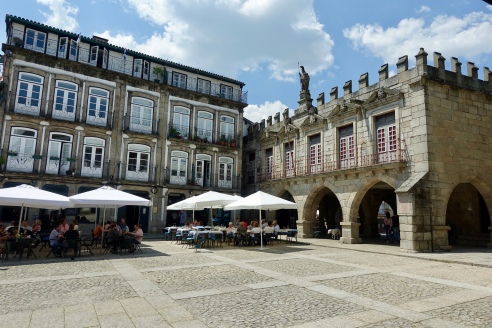 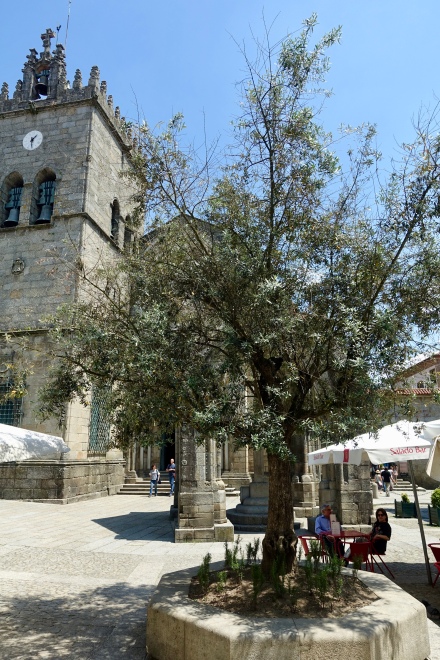 The Church of Our Lady of Oliveira is on the site of a monastery that was built in 950AD. The church itself dates back to 1342 and has had several additions and alterations since. The church tower was completed about 1515 and some of the chapels were rebuilt in the 19th century. It has been considered a national monument since 1910. 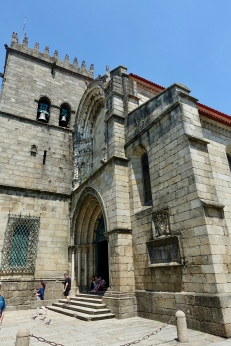 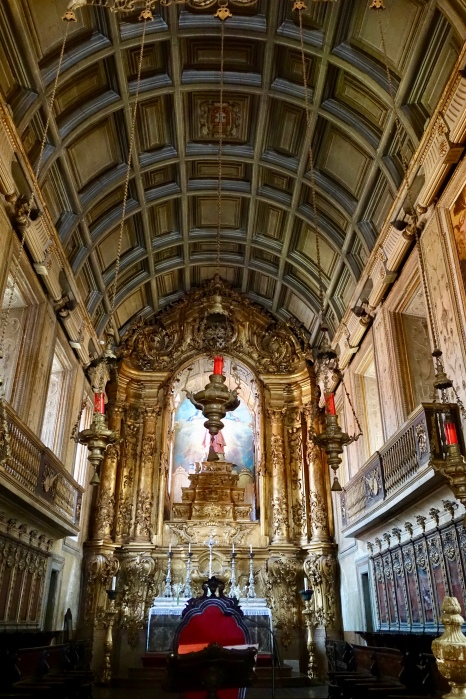 We took a stroll through some of the narrow lanes, lined with historic buildings, as we made our way towards the castle. We’ll need to go back for another visit to explore more, as our focus for this trip was the castle. 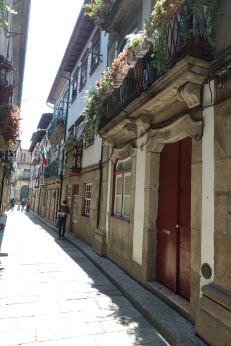 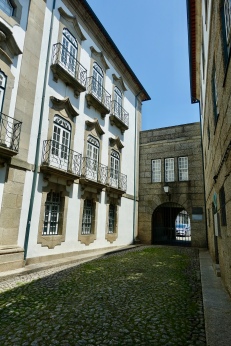 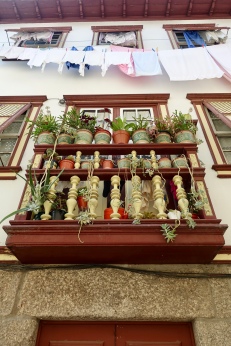 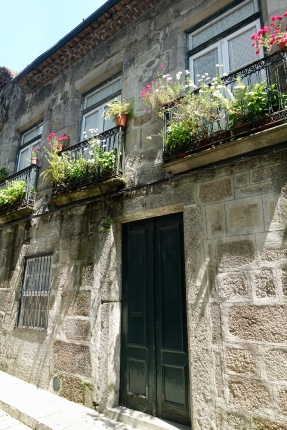 On the approach to the castle, we popped into the small Igreja de Sao Miguel do Castelo. According to tradition, King Afonso Henriques (1111-1185) was baptised in this small Romanesque church. It has served as a royal chapel and a parochial church. 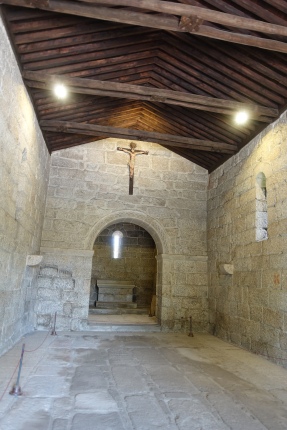 Guimarães Castle got its start around 968AD, when Countess Mumadona ordered its construction to protect the population from repeated raids by Vikings and Muslims. Subsequently, Count Henry commenced the construction of a larger and more robust castle. It is believed that Count Henry’s son, Afonso Henriques (the future first king of Portugal) was born inside the castle.

The castle was the centre of several battles between the 12th and 14th centuries, initially to free the region from control by Alfonso VII, king of León, and subsequently to defend the newly-formed kingdom of Portugal. The castle fell into neglect for a while but was restored in the 20th century.

It is now open to visitors for admission fee of only €2. Combination tickets are also available for those who wish to visit the other buildings on the grounds with their historic exhibits. The castle’s keep has three levels, each with educational materials on display. 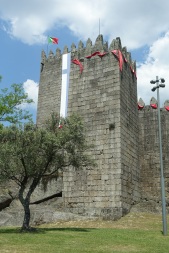 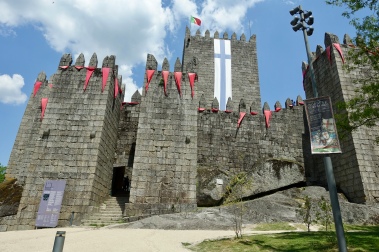 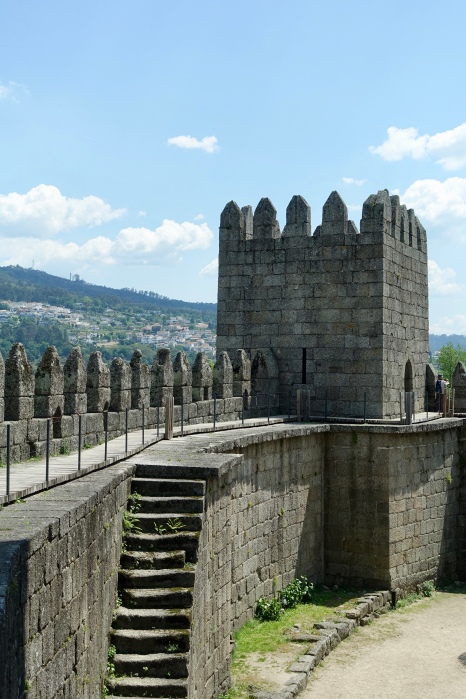 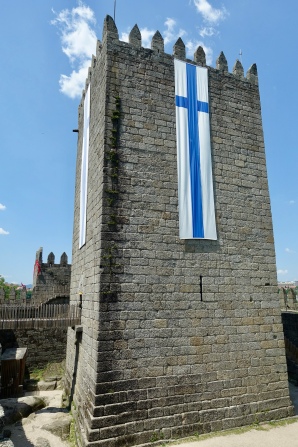 After visiting the castle, it was time to ride back home. But I suspect we’ll be paying another visit to Guimarães to see more of its charming streets and learn more of its history.