I was captivated by the two lovely stone bridges at Foz d’Égua, when I first saw photos online. Then I learned about the nearby village of Piodão, with its schist houses and steep passageways, so I decided to ride down and check them out for myself.

I set out on a Sunday afternoon to cover the 206km ride to Foz d’Égua. The fastest route meant using motorways and toll roads, but that would still take 2.5 hours (if I didn’t stop along the way). Once I got east of Coimbra, I noticed that much of the surrounding countryside was covered in burnt trees – remnants of the 2017 wildfires. As I was passing through the village of Alvoco das Varzeas, I saw a small sign pointing to a medieval bridge, so I made a short detour to take a look. I was pleasantly surprised to find quite a large stone bridge (about 70 metres in length) with a steep incline at one end, and a rough cobbled surface. The bridge was built around the 14th century and crosses the Rio Alvôco. The stretch of river near the bridge seems to be a popular swimming spot. 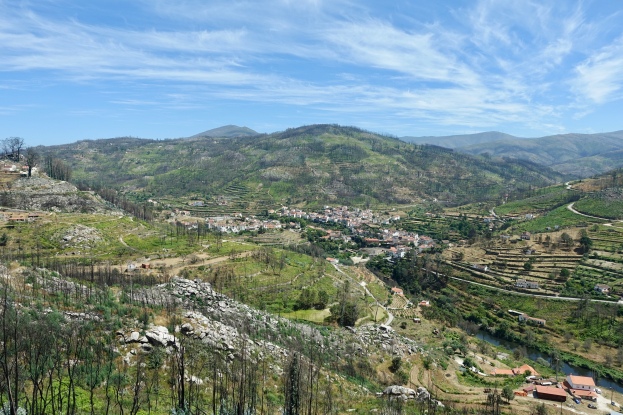 On the medieval bridge 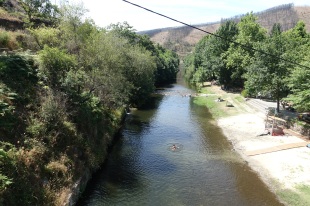 Swimming in the river

Steep slope on the bridge 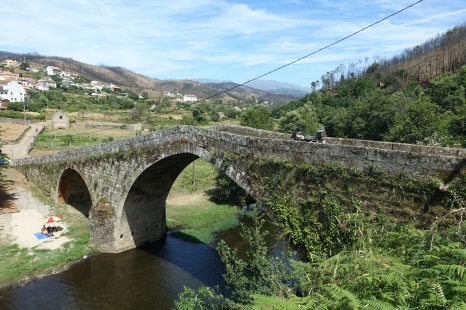 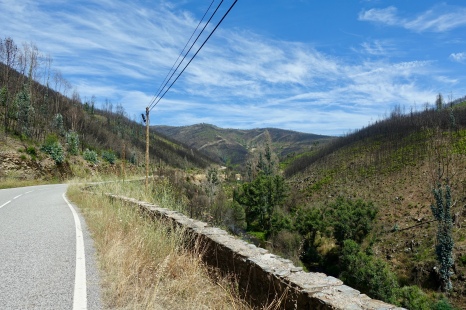 As I got closer to my destination, the scenery changed. Local schist rock has been used to build terraces up the hillsides, providing patches of flat agricultural land for the nearby residents. 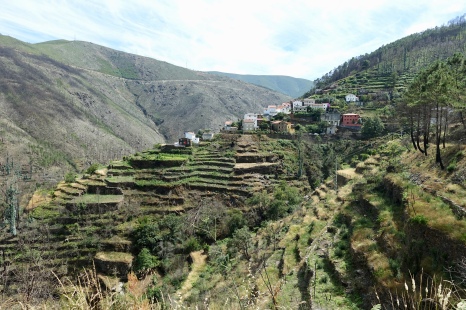 After about three hours of riding, I reached Foz d’Égua. The two bridges are located next to the road, so are easy to reach, with parking available on the side of the road. The bridges are at the intersection of the Chãs river and the Piódão river. The small village is on the hillside above, overlooking the rivers.

A small dam has been constructed across the river, creating a shallow swimming area beneath the bridges. There is also an adjacent ‘beach’ for sunbathing. The bridges provide access to a steep footpath that runs up the hill to a small suspension bridge (currently closed). There is also a 2.8km hiking trail that leads to Piodão, with an estimated completion time of 55 minutes. It looks like a lovely spot to swim and relax but I was just there to take a few photos before heading to Piodão. 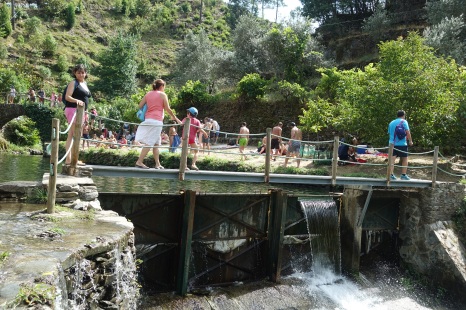 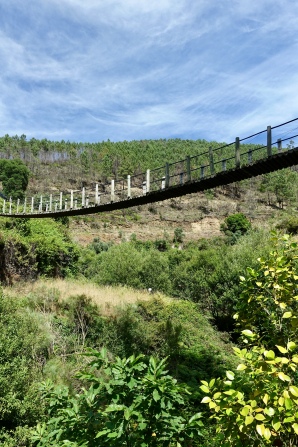 After a few kilometres along the winding upper road (above the area with the bridges), I arrived at Piódão. I’ve visited some sleepy mountain villages in Portugal but this isn’t one of them. It’s a bustling little place, that is firmly on the tourist trail. On the approach to the village, there is a one-way system to facilitate orderly parking. The village square has several stalls selling tourist trinkets as well as a couple of cafes. Below the village, there is a natural swimming area in the river. Yet it remains an attractive and enjoyable place to visit.

Distant view of the village 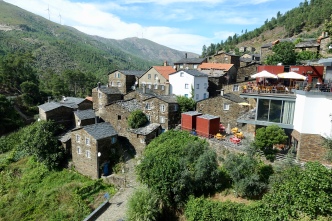 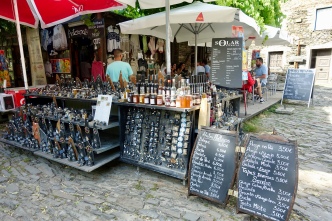 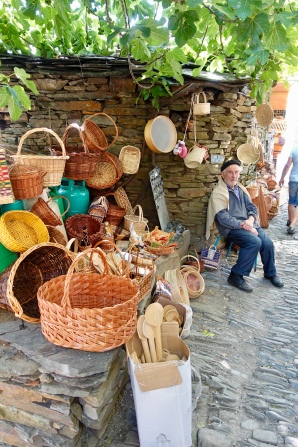 Swimming in the river

Beyond the parking area, there is no vehicular access. The steep and narrow lanes between the houses are only wide enough for pedestrians. I really enjoyed wandering through the maze of lanes, taking photographs. The lanes were uncrowded, despite the parking area being almost full. All of the houses are built from the local schist stone and most of them have blue doors and window frames. In stark contrast, the church and a smaller chapel are bright white. Roofs are constructed from large pieces of flat slate, in the traditional manner. 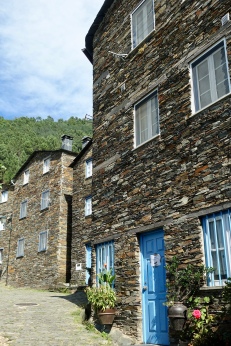 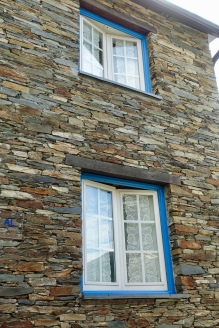 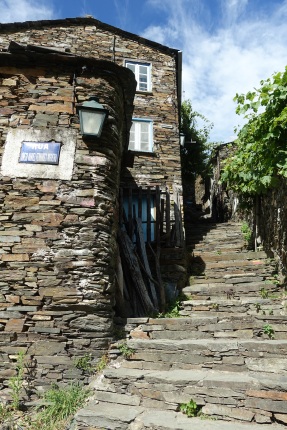 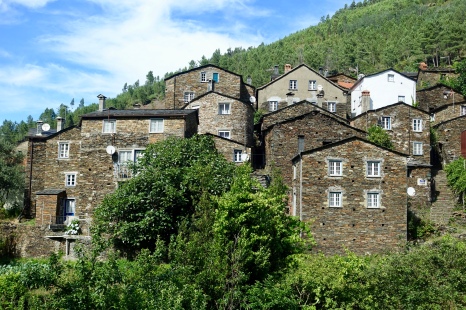 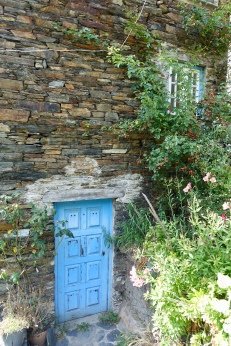 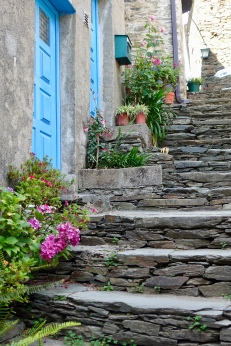 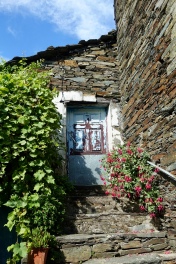 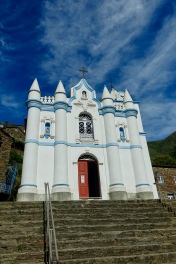 Having enjoyed visits to both villages, there was still the long ride home. With only a single brief rest-stop, the return leg was a bit quicker, lasting about 2.5 hours. Fortunately, with motorcycling, the ride to the destination is part of the fun.

I’m loving my day-trips to see the many beautiful locations around Portugal!