We went to the Centro Português de Fotografia (Portuguese Photography Centre) to see the exhibit ‘Frida Kahlo, Her Photos’ and also took the opportunity to see the rest of the facility.

The centre is located in a very impressive, historic building that once housed the city prison and the Courts of Justice. Its former life is very evident, as impressive barred windows and thick walls remain throughout the building, with the display galleries sympathetically placed within its rooms. There is a central hub, or atrium, that extends vertically the full height of the building, with barred windows looking down from each of the floors. General admission is free, so it is worth popping in just to wander around this lovely old building. 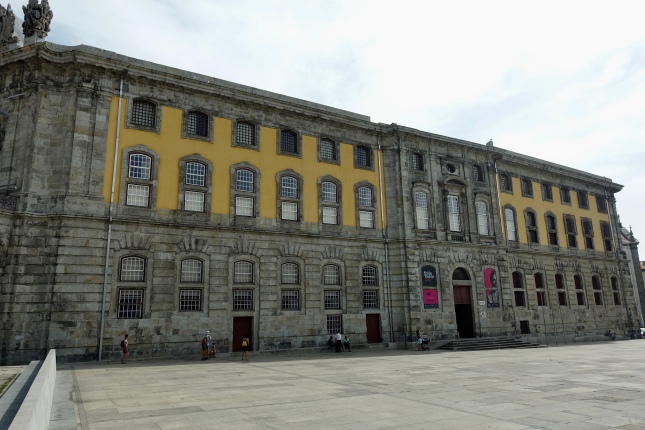 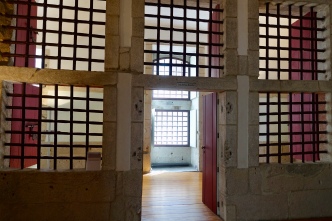 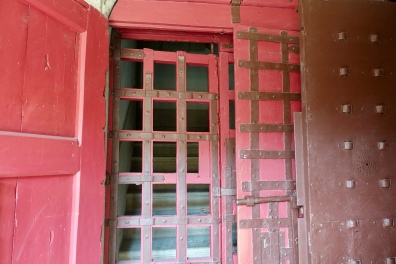 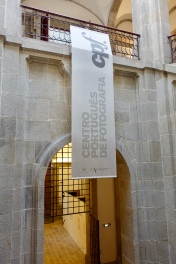 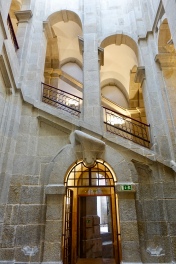 The temporary Frida Kahlo exhibit runs until 4th November 2018. Whilst admission to the rest of the facility is free, there is an €8 charge to see this particular exhibit. The exhibit features a sampling of photos from Frida’s personal collection. Some, she took herself and she is featured in others. There are also photos of family members and friends who meant something to her during her lifetime.

The exhibit includes a film but we were unable to understand the audio or the sub-titles (neither being in English), so we by-passed it and made our way through the three galleries that feature the photographs. The photos have been well curated and provide an informative insight into Frida’s life, her family and her friends. It is not permitted to take photographs of the framed photos, but the rest of the exhibit can be snapped. Each of the photographs has a corresponding caption but the text is rather small. Thankfully, I’d taken my reading glasses with me! I found it to be an interesting and informative exhibit that was worth the price of admission.

There were two other temporary exhibits running at the time of our visit. ‘Mexican Soul in Portuguese Lands’ runs until 21st October 2018 and features 13 images by Flor Garduño, a Mexican photographer, made in Portugal in 1995. The second exhibit, “RAVE / Project 18 / Photography”, runs until 16th September. This exhibition features the work  of the finalist students from the Photography area, from the degree in Audiovisual Communication Technology (TCAV) of the Department of Image Arts (DAI) of the Superior School of Media Arts & Design (ESMAD), Politecnico do Porto.

We were pleasantly surprised to find a permanent exhibition on the upper level – a museum of cameras that range from antique to fairly modern. They include studio cameras used to photograph inmates at the city prison; antique field cameras; rigid body cameras; box Brownies; a range of Polaroid cameras; toy cameras; miniature cameras; spy cameras; and specialty cameras. There is even a 1980’s Photomaton photo booth. Any novice photographer should find something of interest and, I imagine, serious camera buffs will love it. I found it to be very interesting and would go back for another look. 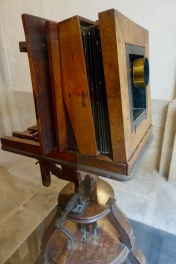 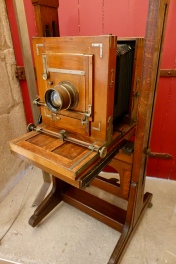 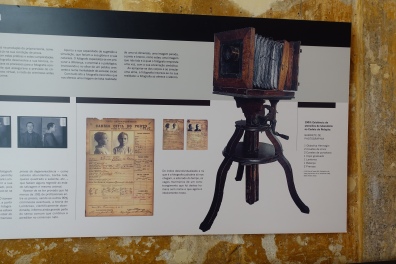 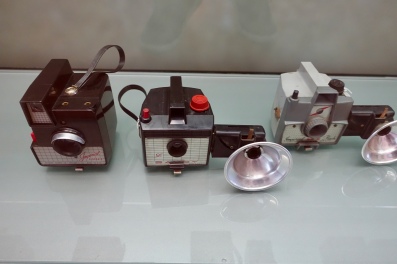 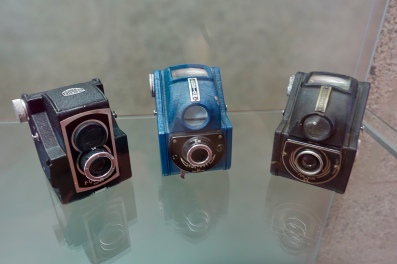 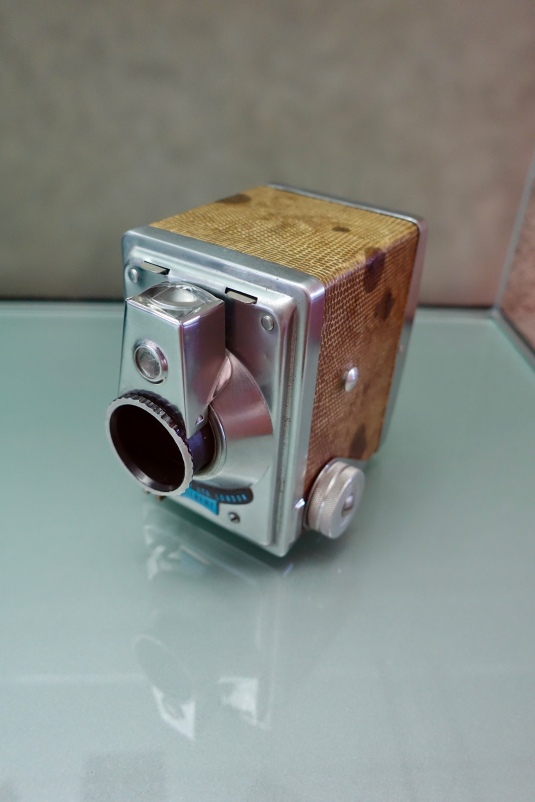 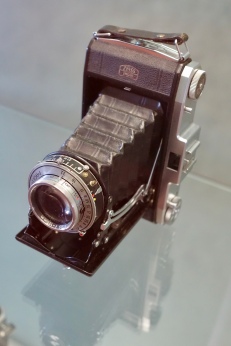 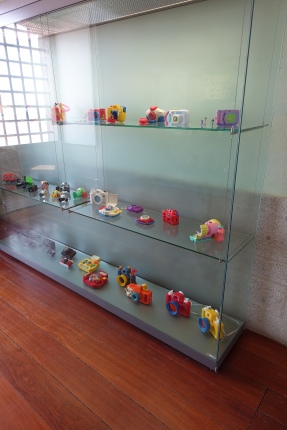 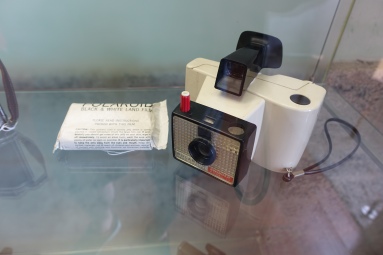 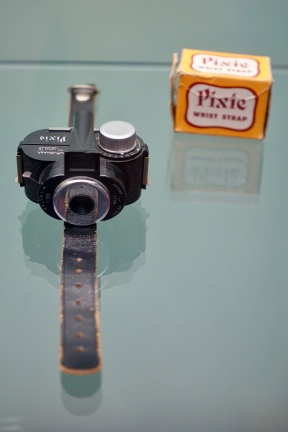 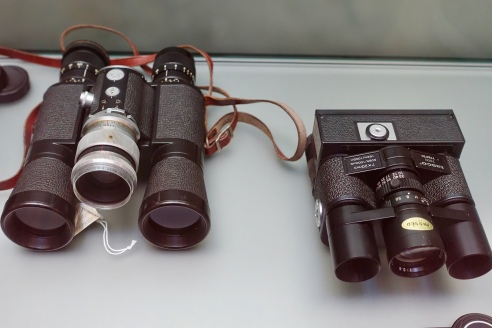 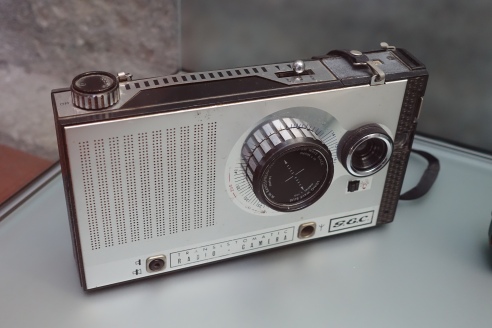 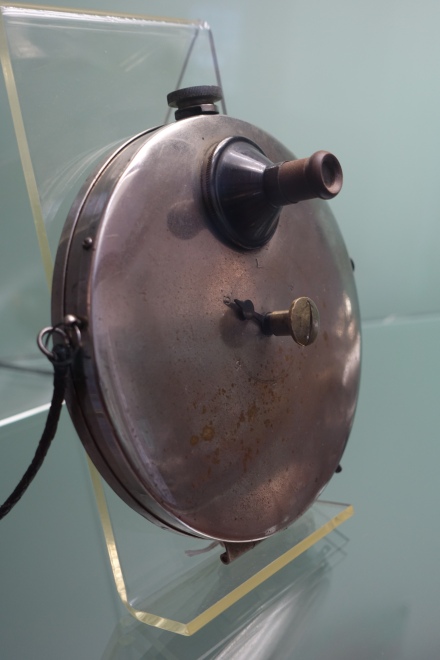 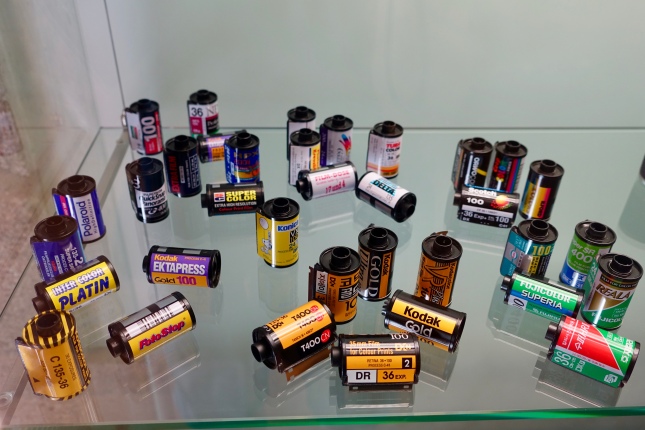 The Centro Português de Fotografia is located in downtown Porto, on Campo Mártires da Pátria. It is a short walk from the Clerigos Tower and opposite the Jardim da Cordoaria park.