Whilst looking for somewhere different for a day-trip on the Goldwing, I learned about the Varosa Dam and the many steps that run down the side of it. Sticking with a theme of steps, I decided to also include a visit to the Santuário de Nossa Senhora dos Remédios (Sanctuary of Our Lady of Remedies), located nearby in Lamego.

The dam was completed in 1976, restricting the flow of the Varosa River for the production of hydro-electricity.  Measuring 71 meters in height, and 213 meters in length, it is not a particularly impressive construction, as far as dams go. It is only 3.44 meters wide at the top – wide enough to allow the passage of a single car or small truck. Viewed from the reservoir side, the dam looks like many others of its kind. 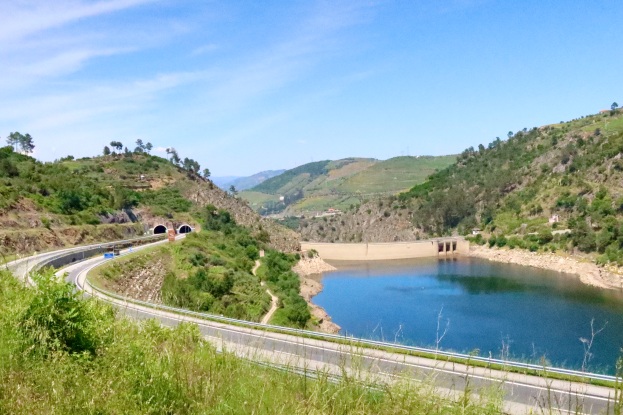 Dam and reservoir, with Varosa Tunnels on left 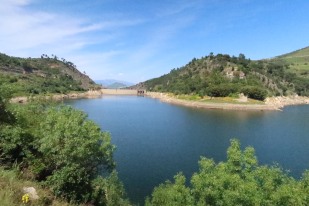 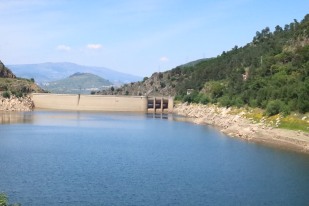 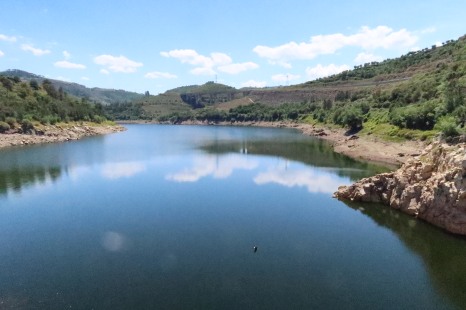 View of reservoir from dam 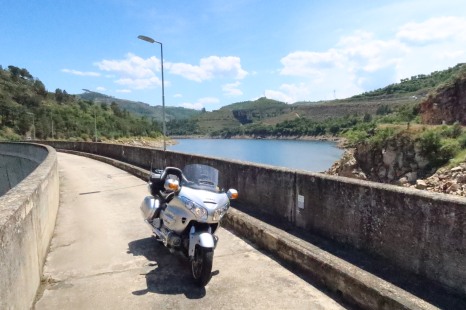 On top of the dam

On the downstream side, however, the dam has an unusual feature. Concrete steps, cascading down the side of the gorge, from the top of the dam to the river bed below. For those wishing to go down, there are two options. A more direct, and steeper, route runs straight down the side of the dam wall. A gentler option involves many shorter sets of steps that meander back and forth, for a gentler angle of descent. I counted a total of 303 steps on the gentler option. 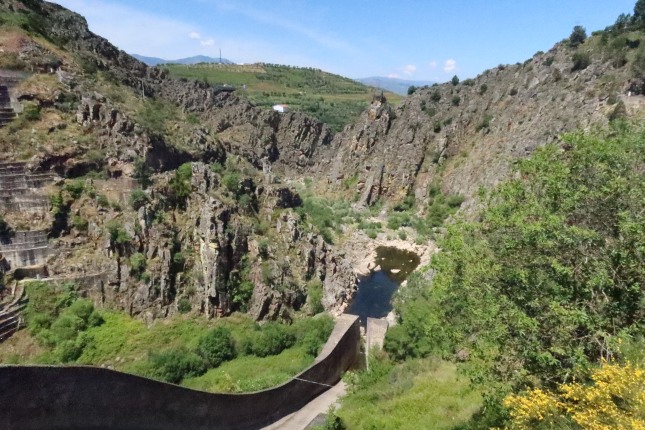 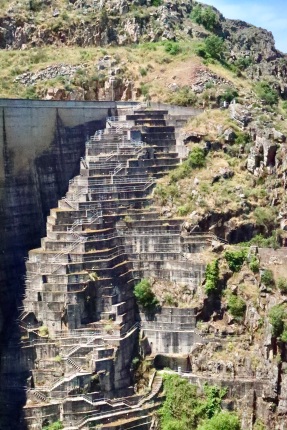 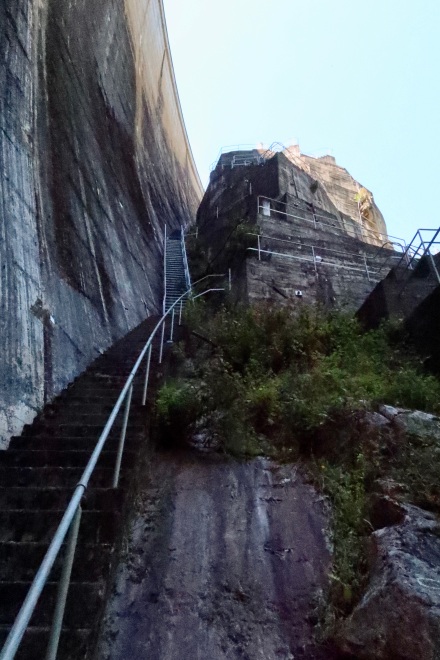 The steeper option on the left 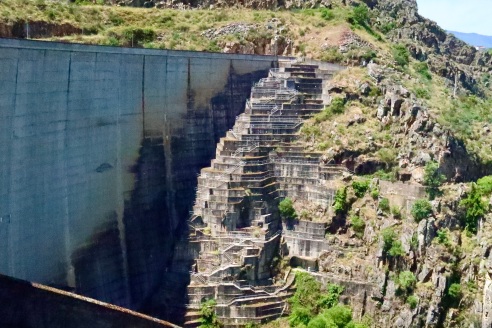 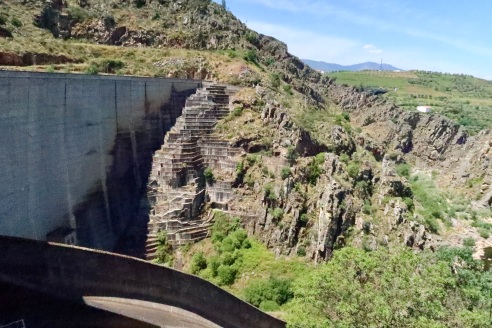 Steps next to the dam 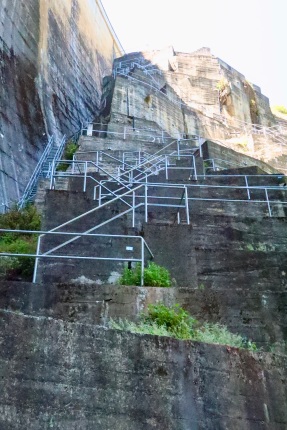 Looking up from the bottom 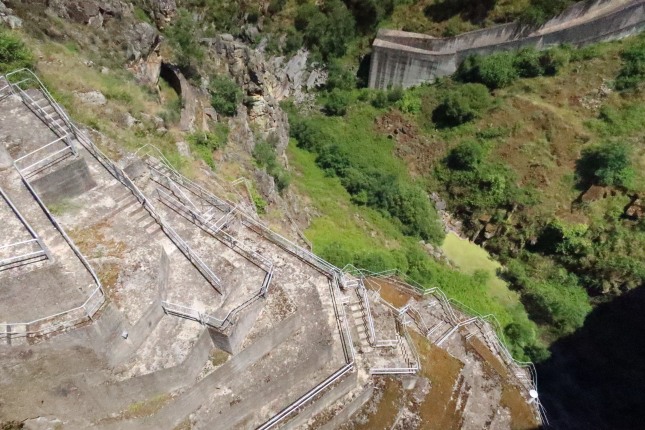 Looking down on the steps

It was a peaceful spot to visit. I had the entire dam to myself – except for the dozens of swifts that were flitting around the face of the dam, searching for insects.

Getting to the dam involved a bit of a challenge, as my TomTom wanted to take me up a narrow, cobbled lane that petered out into a rough track. By ignoring the TomTom and staying on the main road through the village of Fundo de Vila and then Cimo de Vila, the paved road brought me alongside the eastern side of the reservoir to the dam. When leaving, the most direct route from the dam to Lamego required me to ride along the western side of the dam, but that turned out to be a dirt road. And the Goldwing is a big bike to be going ‘off-road’. Fortunately, the dirt was dry and the surface wasn’t too bumpy, so I was able to make it. It wouldn’t be a good idea on such a big bike if the ground was wet. That route should be fine for cars though.

My route from Porto to Varosa Dam 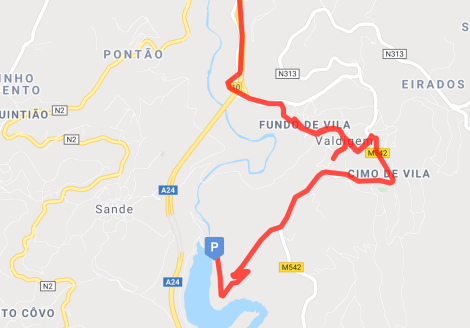 Approach to the dam 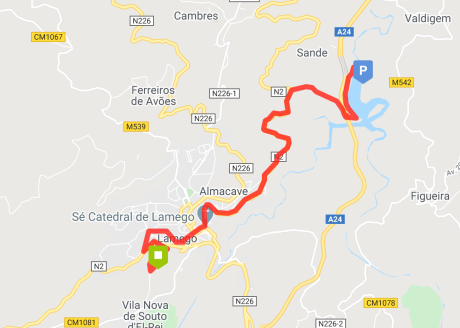 Leaving the dam to Lamego

As I arrived in Lamego, I saw a long plaza sandwiched between two roads, that stretches from the Lamego Cathedral to the base of the staircase that climbs up to the Santuário de Nossa Senhora dos Remédios. I pulled the bike onto the plaza so that I could take a photo, before riding up the hill (Mount of St. Stephen) to the Sanctuary. 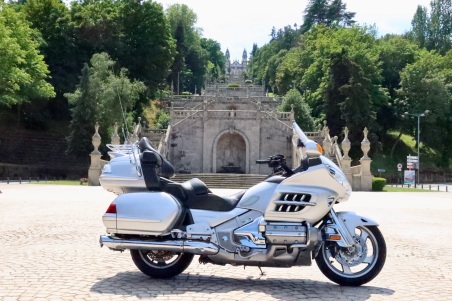 Base of the steps 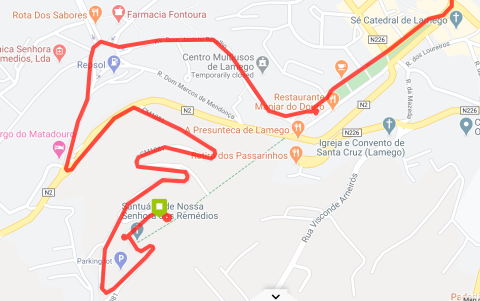 Route from the Cathedral, the plaza and up to the Sanctuary

The Mount of St. Stephen (Monte de Santo Estêvão) has been visited by pilgrims since the Middle Ages and was the site of an old hermitage that was built in 1361. That was demolished in the 16th century and a second sanctuary was commenced, to worship St. Stephen. Construction of the current sanctuary commenced in 1750, but was not completed until 1905. It is noted for its impressive Baroque staircase that zig-zags all the way up the hill, totalling 686 steps. The different levels feature a variety of sculptures and fountains. The church itself was closed at the time of my visit. 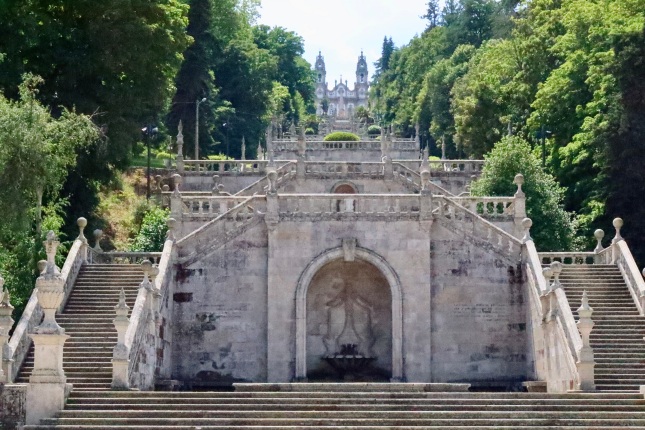 Base of the staircase 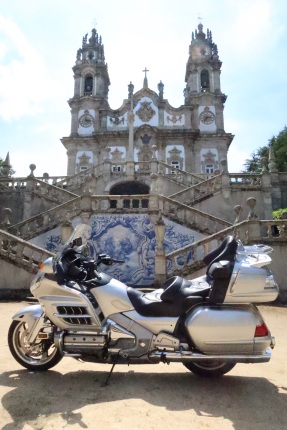 In front of the Sanctuary 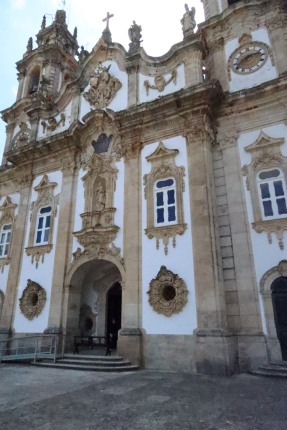 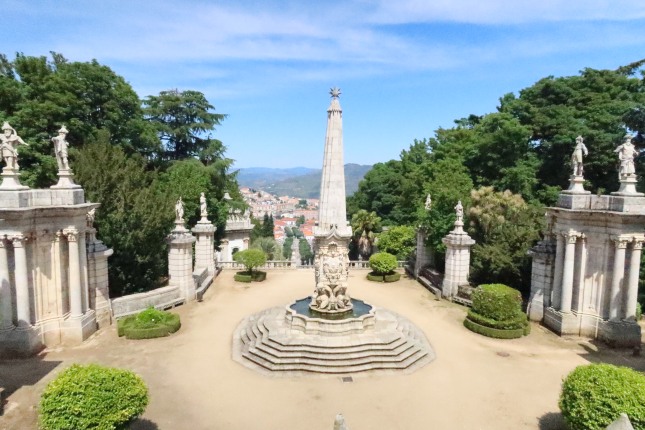 Top level, looking down into Lamego 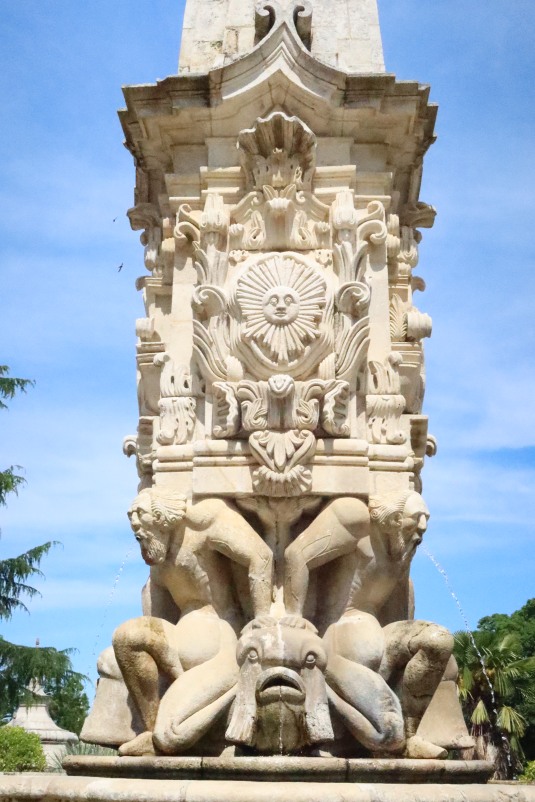 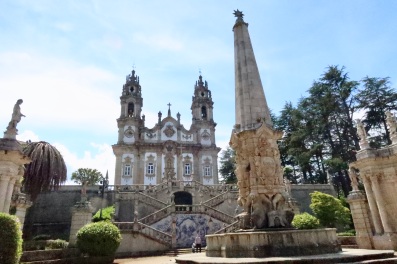 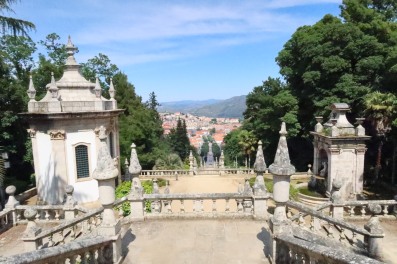 Looking down the staircase 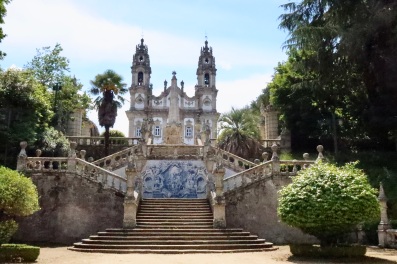 Sanctuary and top of the staircase

I did make one final visit for the day, but it was a disappointment. I rode to the lookout point – Miradouro Sao Domingos and the associated Staircase Sao Domingos – as it was said to provide a commanding view over the Douro Valley. I wasn’t impressed with the view that was offered, which was made worse by the hazy conditions, so I hopped on the bike and headed home. 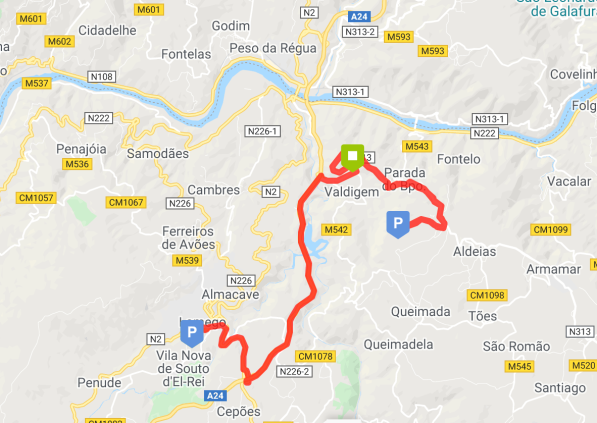 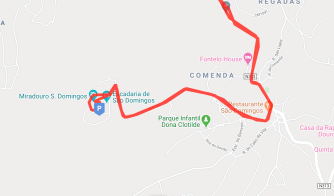 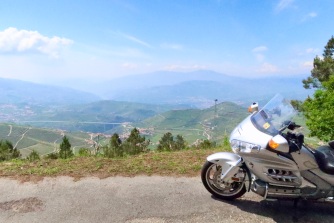 View from the lookout point 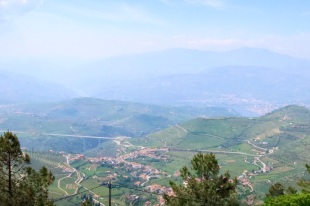 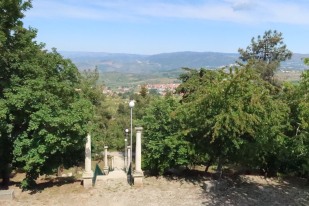